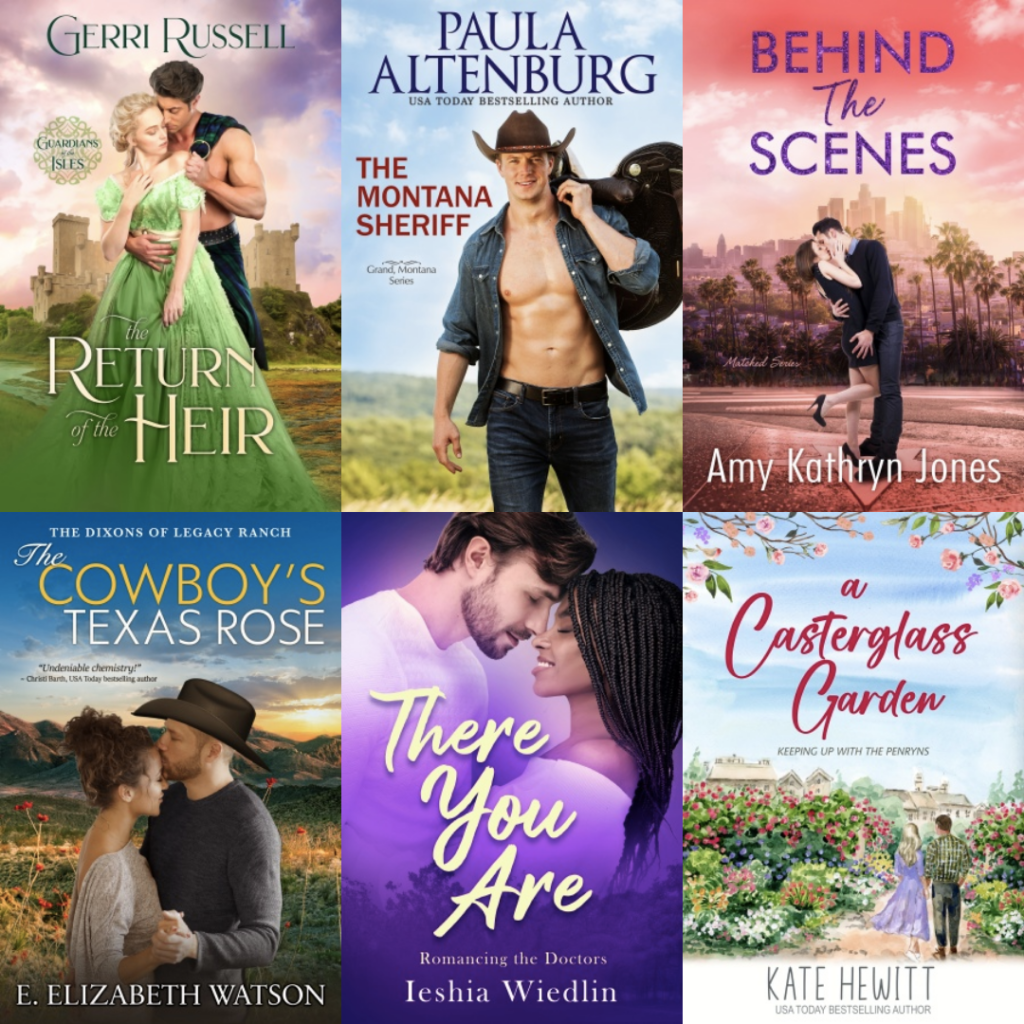 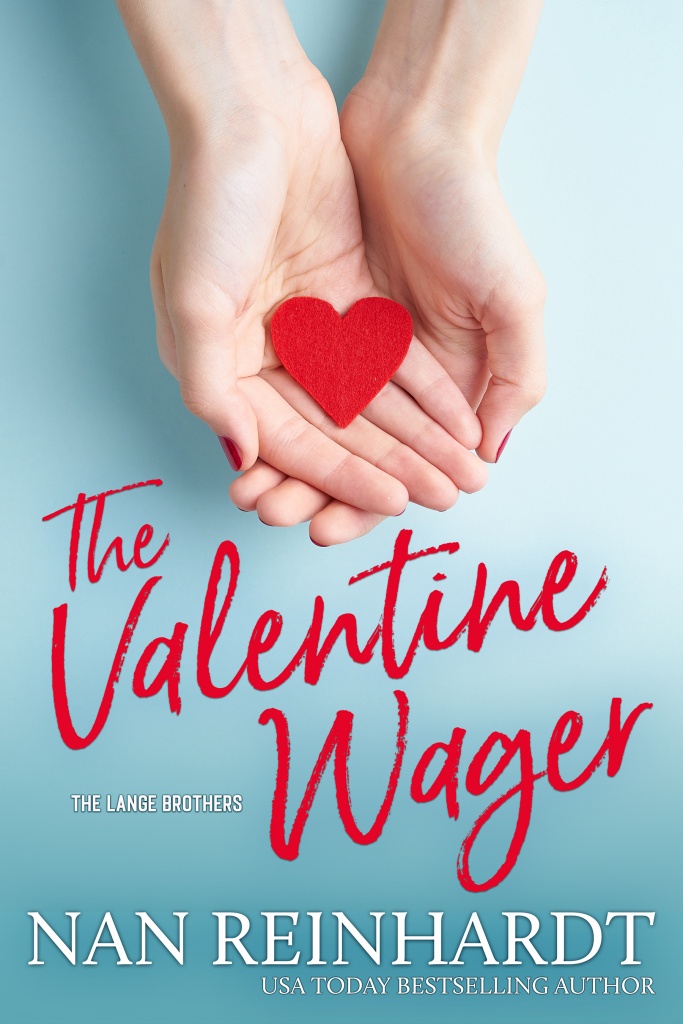 He’s a notorious flirt, so she lays down a challenge she’s sure she’ll win.

When playboy police lieutenant Ryker Lange stops Kitt Boynton for driving on the wrong side of the road, his attraction to the feisty Irish lass is immediate. Yet, despite the sizzling chemistry between them, Kitt quickly turns him down.

Kitt has moved to River’s Edge for a fresh start and is ready to focus on her new marketing job at her cousins’ winery. She’s done with players, and vows she won’t let the local sexy cop distract her, but Kitt, a flirt herself, is definitely tempted. To keep her sanity as she prepares for several Valentine-themed winery events, she and Ryker make a bet: for the next three weeks, neither of them can flirt with the other.

The game starts out lighthearted, but when the town takes sides, Ryker and Kitt must choose between winning a wager or finding lasting love. 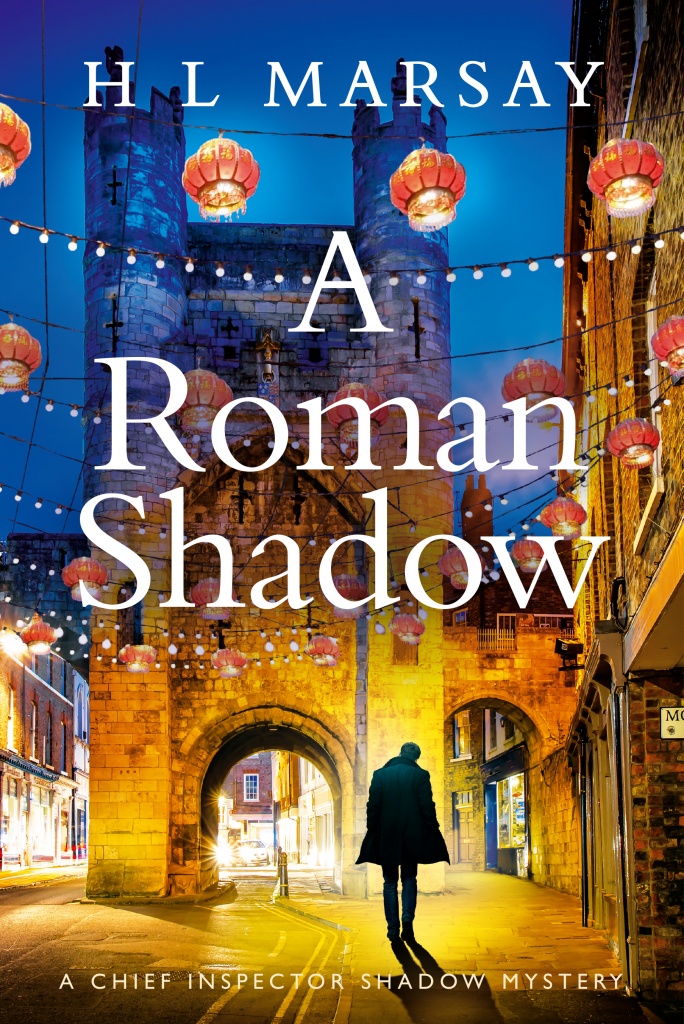 There’s no such thing as a coincidence in York…

As Valentine’s Day and Chinese New Year approach, the ancient city of York is busier than ever and so is Detective Chief Inspector John Shadow. First he has the theft of valuable Roman artifacts from a museum, then a Chinese tourist is reported missing. During his investigations, he encounters jewellers, chocolatiers, museum curators and Roman soldiers—all pieces to a puzzle he must solve. After discovering a series of coincidences, he begins to suspect there may be a link between the two cases.

John Shadow is a man of contradictions. A solitary figure who notices the smallest details about other people, but endeavours to avoid their company. A lover of good food, but whose fridge is almost always empty. Although he would prefer to work alone, he is ably assisted by his eager partner Sergeant Jimmy Chang.

Shadow suspects he knows who the culprit is, but he needs proof. And then there’s the headache of trying to dodge attending an important party, even as the normally easygoing Jimmy behaves out of character… 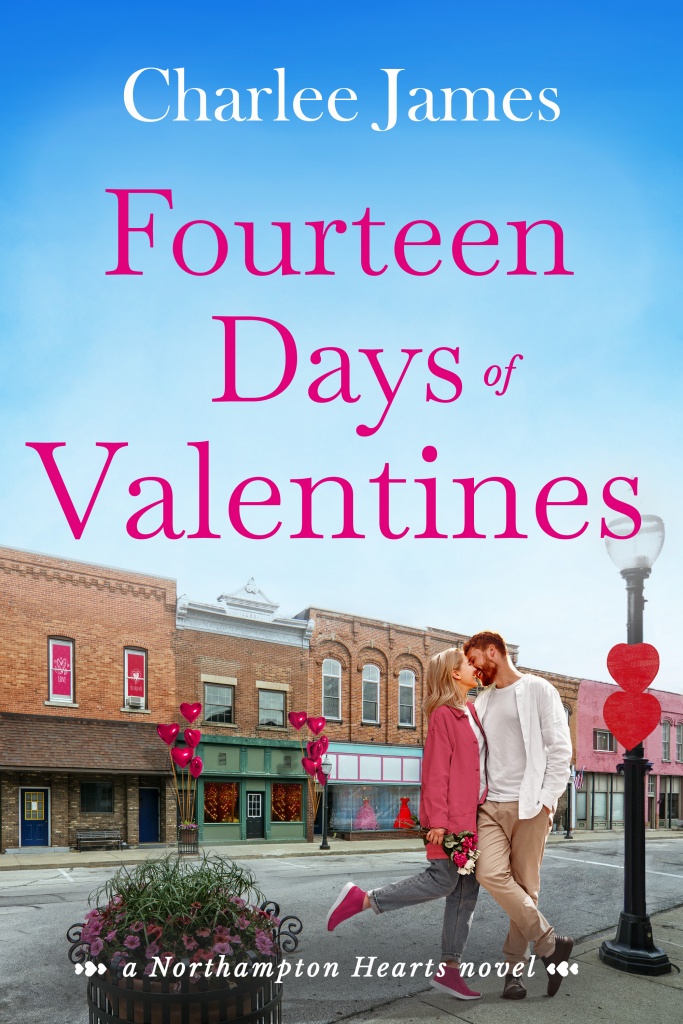 She’s looking for closure, but he wants an opening…

For three years, contractor Savannah Chapman has carried on her late fiancé’s tradition of anonymously donating toys and cards to the Caring Heart Kids’ Club during the two weeks leading up to Valentine’s Day. But knowing she needs to move forward with her life, she decides this will be her last year playing Cupid—until her identity is discovered by a volunteer. Suddenly he’s convincing her to honor a past contracting bid and tempting her to feel things she knows she shouldn’t.

Adam Kelly, a child psychiatrist and club volunteer, is an expert at helping others while always ignoring his own heart. But when he meets the beautiful and kind-hearted Savannah and learns what drives her, hurts from his own past resurface. He strikes a deal with Savannah: if she’ll complete the club’s much-needed expansion, he’ll take over her secret Valentine duties so she can move forward guilt-free.

Will the club be the glue Savannah and Adam can use to build a new life together, or will the past tear them apart? 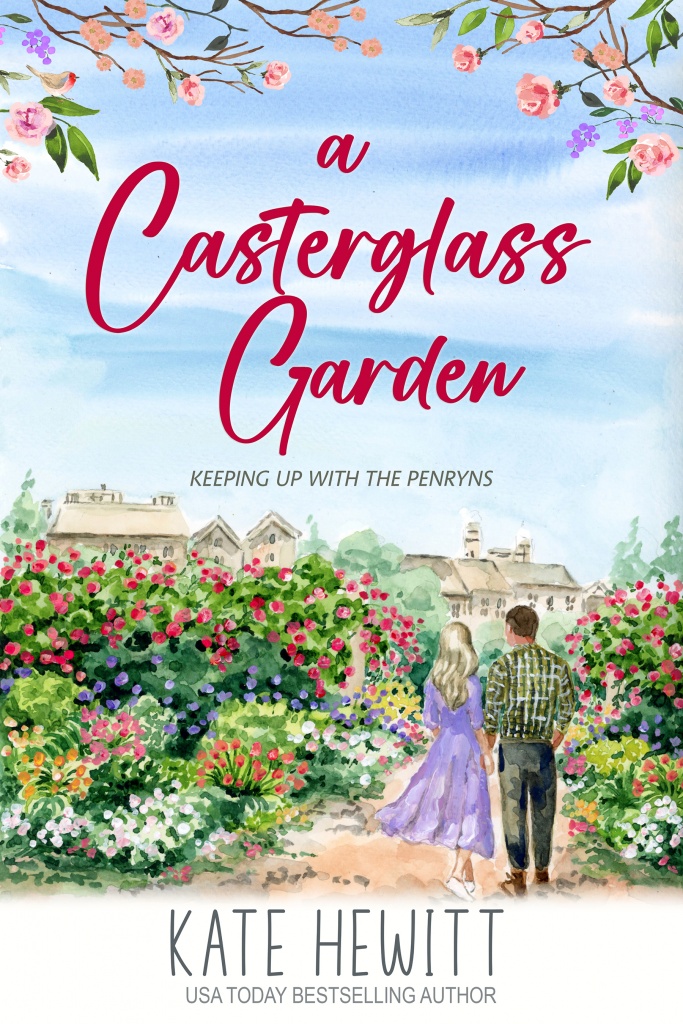 Keeping Up with the Penryns, Book 2

The Penryn family have always been eccentric—living in a dilapidated castle in the wilds of Cumbria with an orchid-mad father and a classicist mother who likes to re-enact Greek myths, who wouldn’t be? Penniless and proud, Walter Penryn refuses to give up his birthright—until taxes, bills, and the need for a new roof force him to reconsider.

Now the family is restoring the castle, and Olivia Penryn is in charge of reviving the once-profitable garden. Nursing a broken heart and a guilty conscience, Olivia longs to lose herself in roses and lavender, but she’s filled with doubt. She’s never handled a project this massive. When Olivia hires the gorgeous Will Turner to help with landscaping, her bruised heart begins to heal—and hope.

A widower and father of two, Will has plenty of his own problems. Is he strong enough to take on Olivia’s? As his children become attached to this loving, ethereal beauty, he wonders if their wounded hearts can blossom like the flowers surrounding them—or will hidden secrets and old mistakes cost them a second chance at happiness? 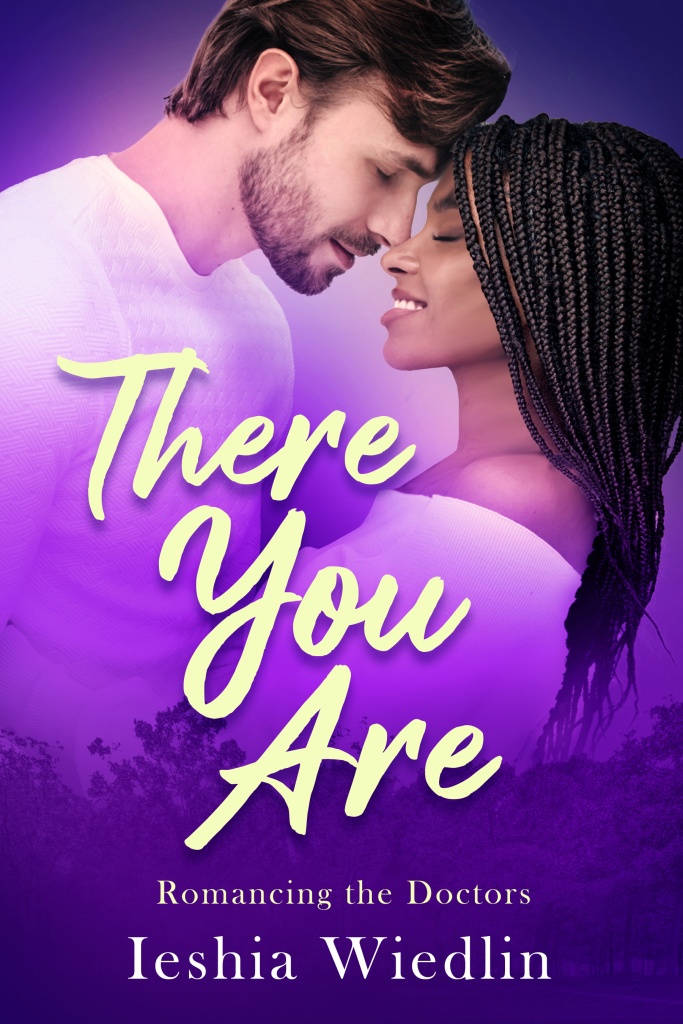 There You Are by Ieshia Wiedlin (American Heart)

It’s love at first sight…but can it be love forever?

Amina Wright loves her job in community outreach for the Chicago Bulls NBA team, but life has taught her to be wary of players. So she’s not sure what to expect when a good-looking anesthesiologist smoothly cuts in at the charity gala she’s hosting and handles the womanizing jerk trying to waste her time. Certainly gratitude is in order—but a relationship? Not on the table.

Dr. Nathan Moore doesn’t have time for a relationship, especially not a complicated one. He can’t believe he let his friend drag him to some fancy event, and he certainly wasn’t expecting to rescue a beautiful woman as a distraction. But now he wants to spend more time with Amina, even if most of his waking hours are devoted to the hospital.

Indulging in a relationship that sizzles their blood is the easy part. But her past threatens his career’s future, and their cultural differences are putting stress on the present. Can they build a love strong enough to heal both their hearts? 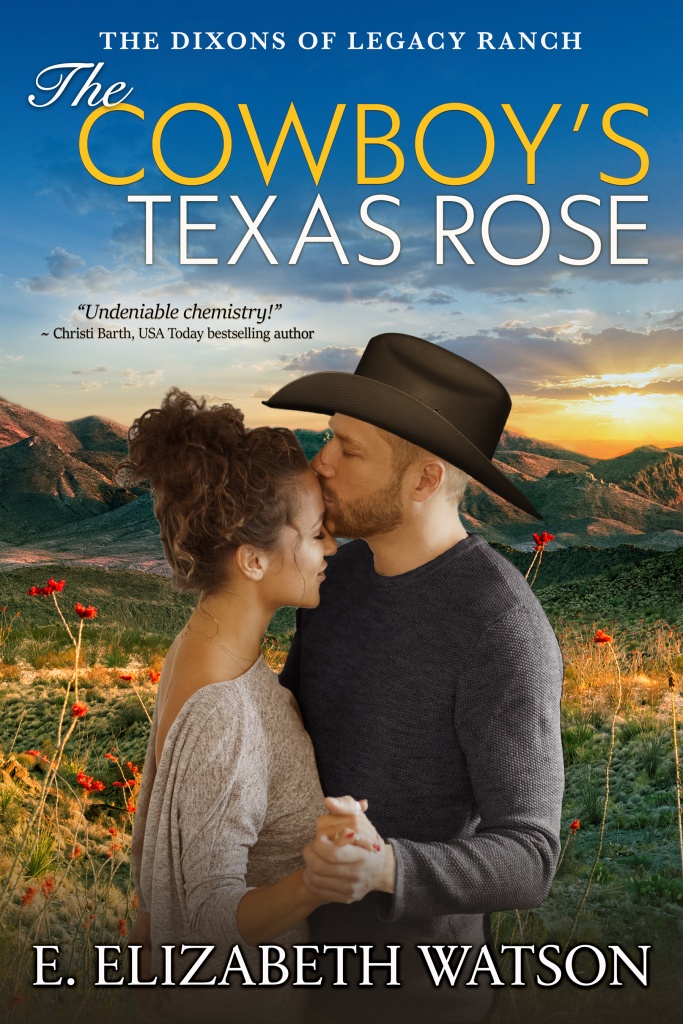 The Dixons of Legacy Ranch, Book 1

They’ve found exactly what they weren’t looking for…

Archaeologist Rosalinda Morales is focused more on what’s in the soil and caves of the famed Legacy Ranch, rather than what’s on it—the sexy and charismatic cowboy heir. As a single mom to her special needs son, she knows what it’s like to struggle, so even though Toby Dixon has charm pulsing through his veins, she’s determined to resist.

Despite trying to mend bridges, Toby Dixon’s brothers have no interest in coming home, so he’s taken the reins of his family’s historic cattle ranch. Having vowed to his dying mother to settle down, he’s still considering how to move the company forward when Dr. Morales, armed with a sense of humor, a keen intellect and love for adventure, arrives with her team of students. Suddenly Toby begins to see more possibilities for his family’s ancient land and his future.

Toby can’t flirt his way into Rose’s life. He’ll need to up his game and earn the trust of the woman who isn’t just excavating his soil, but digging into his heart. 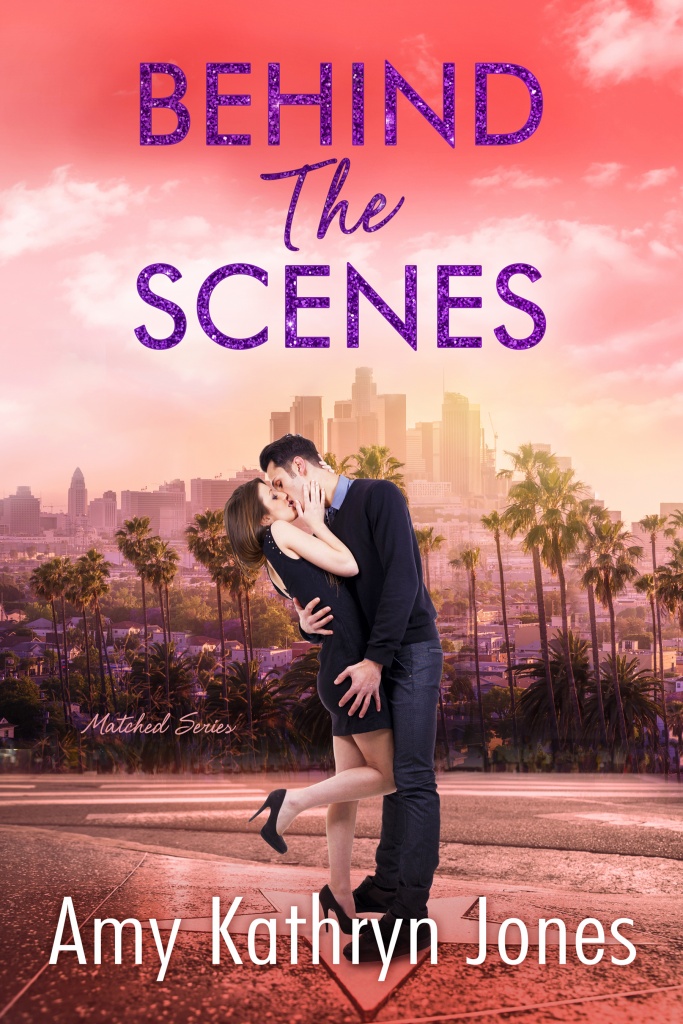 Behind the Scenes by Amy Kathryn Jones (American Heart)

Welcome to Matched, where happily ever afters are guaranteed…

Ambitious producer Ginger Moon lives and breathes the hit reality show Matched. All her work is about to pay off with an executive gig overseas—if she can produce one more happy ending. Only problem? This season’s star was her last season’s crush, and when the show wrapped, Ginger took her fantasy with the now-famous bad boy too far.

America adored him, but Elliot Hale left last season heartbroken. Trusting his panel of family and friends to keep him from blindly falling in love again, Elliot returns for the Matched guarantee: marriage with a compatible partner. His insufferably hot producer promises that and more, but she has rules: trust the process, take her calls, and never ever mention their night together.

When shooting starts, on-screen romances fall flat as the chemistry behind the scenes reaches a boiling point. To save the season, Ginger is forced to create a twist that will make her career but break her own heart by matching the man she loves with someone else. 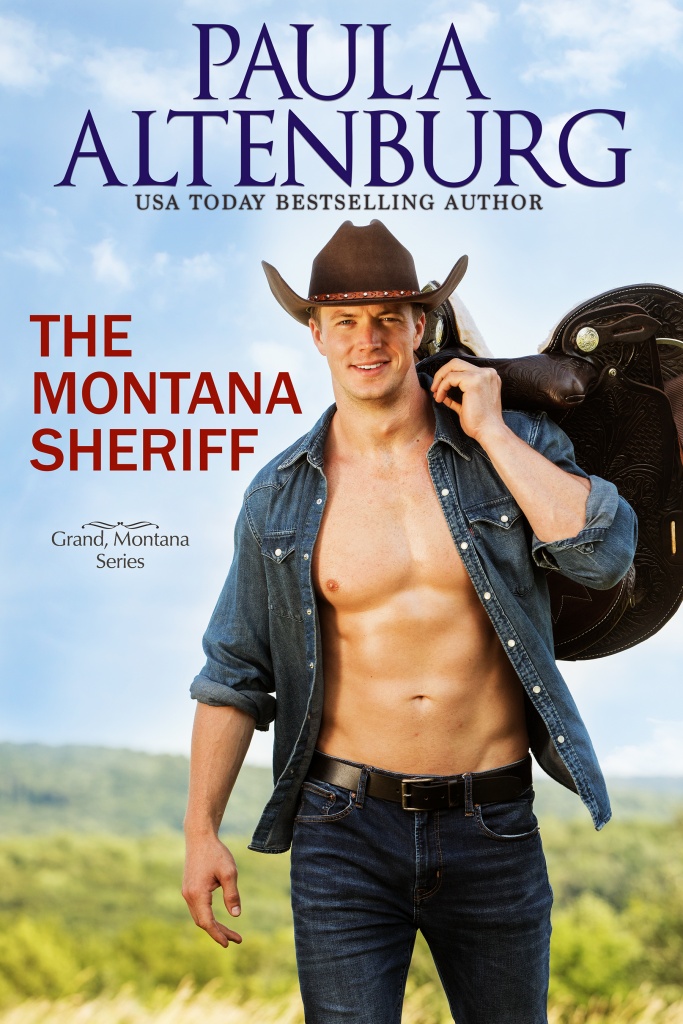 Down-to-earth sheriff Dan McKillop has always been more than a badge and a pretty face, but it turns out the ladies of Grand, Montana, find him far more appealing as the new co-owner of the Endeavour Ranch than they ever did as the town’s friendly, neighborhood playboy. Dan’s done with commitment-shy women only out for a good time. When a fiery beauty rides into his life on a sweet Harley-Davidson low rider, however, Dan fears he’s found trouble again.

Professional firefighter Jasmine O’Reilly is stationed to lead the airbase on the Endeavour Ranch for the summer. Having a safe and successful wildfire season could mean a promotion, and after raising herself out of poverty, Jazz has big dreams. She knows better than to put her future in a man’s hands no matter how charming, wealthy, or full of promises he is.

Good-intentioned but overprotective Dan soon realizes he has a type. Meanwhile Jazz, who thought she was long beyond even the slightest brush with the law, finds the sheriff too tempting to resist. 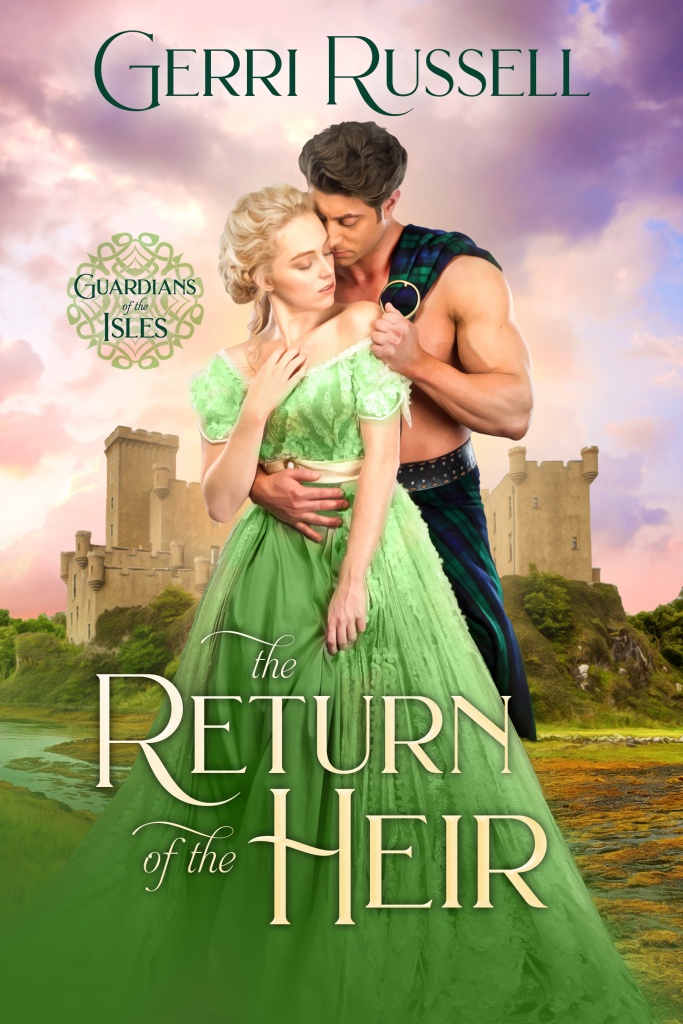 Return of the Heir by Gerri Russell (Muse)

Guardians of the Isles, Book 1

It’s a clan feud, a war with destiny, and a dusting of magic…

As the first-born triplet and heir of the MacLeod clan, Alastair MacLeod has always known he would return to Dunvegan Castle and succeed his father as Guardian of the Isles. He’s honed his battle skills since his betrothed left him at the altar, stole a precious artifact, and presumably died. Called by his brother, Alastair reluctantly returns home with his soldiers. As he beholds the ghost of Gwendolyn in the tower, his worst nightmare has come true—Gwendolyn’s ghost intends to haunt him.

To save her family’s lives, Gwendolyn Harris was forced by a rival clan to steal the legendary Fairy Flag and leave Alastair behind. She and her siblings have been locked in the haunted tower for five years, kept alive only to play a ghost while the rival clan plans for war.

When Alastair returns, all Gwendolyn wants is to bury herself in his strong embrace. But his presence at Dunvegan means his life is in jeopardy, and Gwendolyn will do anything to keep him safe.