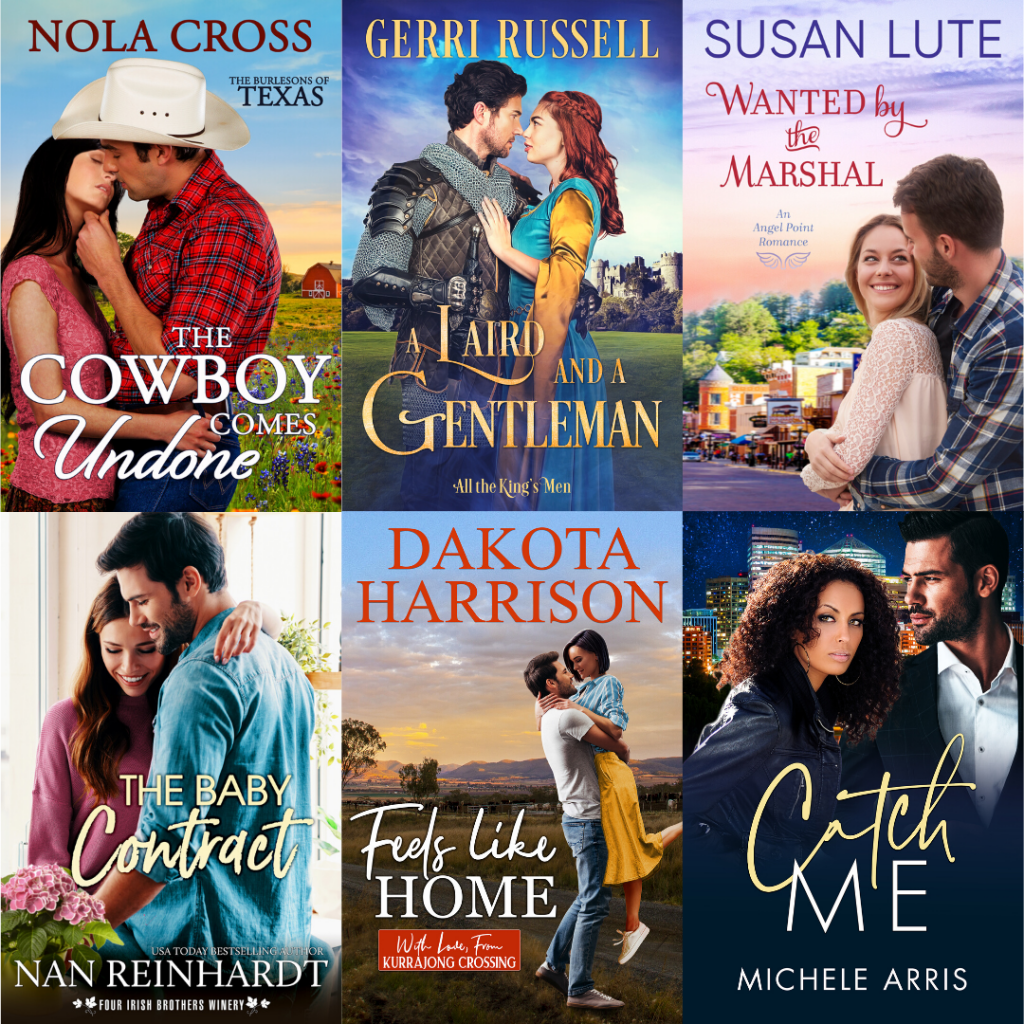 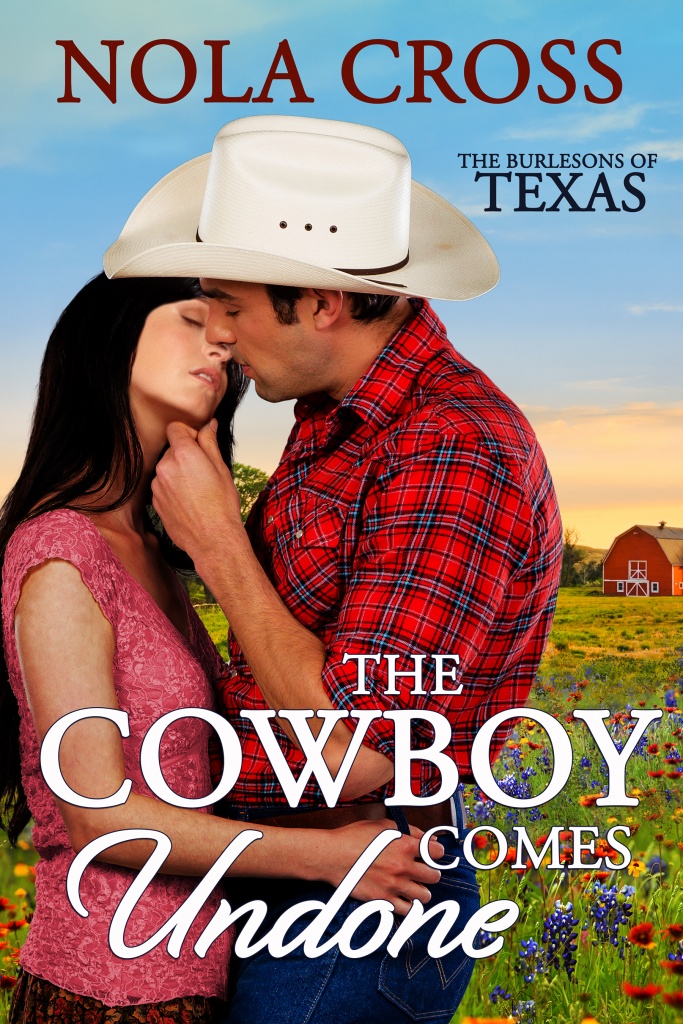 Can the power of her love heal his wounded heart?

Jade Mitchell’s life changes forever when a concussion activates “the gift”—a psychic ability passed down from her grandmother. As a massage therapist with a thriving practice, Jade needs to protect her professional reputation in her small Texas town. She’s wary of her new talent, but also wants to use it to help her friends and neighbors.

Cash Burleson, a no-nonsense former bull rider, now runs his family’s successful cattle ranch. With no children of his own, Cash treasures his young nephew, AJ, who is battling serious kidney disease. But when Jade’s massage services are prescribed, Cash is leery. He’s used to being guided by facts and logic, not lavender and meditation music.

As Jade and Cash are drawn closer, the search heats up for a kidney donor. Jade knows she needs to use her gift to save AJ, but she risks outing her secret in the process. Will she lose Cash’s trust, or can she count on him to see what’s truly in her heart? 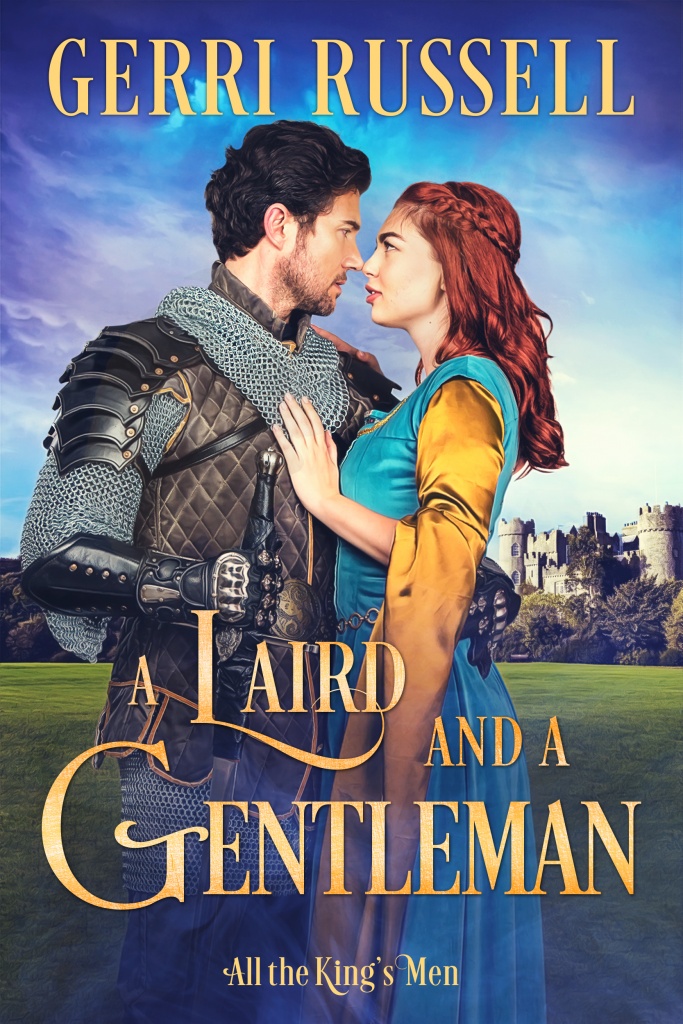 A Laird and a Gentleman by Gerri Russell (Muse)

At a time when witches are hunted with fanatical zeal, Cameron faces the ultimate test—protect the woman he’s grown to love or risk it all to help her unlock the mystery of her powerful past?

Scottish Laird Cameron Sinclair is one of the king’s elite warriors. Despite his legendary reputation on the battlefield, he’s tasked to protect the daughter of the king’s infamous witch pricker. Cameron does his duty, taking the lass home to his castle and keeping her safe, but he’s not expecting the mysterious beauty to test his every nerve.

Mariam Swinton struggles daily to keep her secrets safe. Her intense attraction to her handsome and astute guardian, who rules the vast Ravenscraig with strength and kindness, scares her almost as much as her growing magical abilities. But danger stalks Mariam. Can she trust Cameron to protect her or must she leave to save herself? 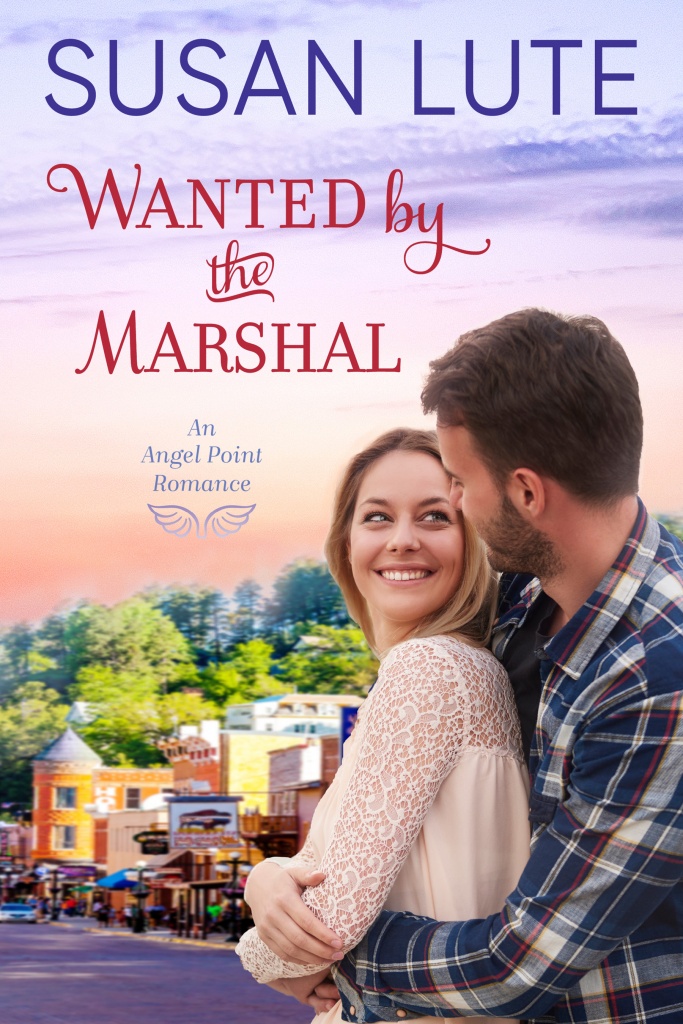 Wanted by the Marshal by Susan Lute (American Heart)

She doesn’t believe in happily-ever-afters…

Summoned to Angel Point for her sister’s bridal shower, U.S. Marshal Dakota James‘s plan is to make sure her sister doesn’t make the same mistake their parents did. But her quick in-and-out mission gets derailed when Taylor won’t listen and instead tries to introduce Dakota to every member of the single male population in Angel Point. One former marine in particular sets off life-changing fireworks that tempt her to reconsider her single status.

He wants to be more than friends…

Beckett Leland came to Angel Point to check on his cousin’s widow and young boys and found a quiet, out-of-the-way town where he and his retired military dog, Tucker, could peacefully make the transition to civilian life. What he doesn’t count on is running into a fiery, passionate woman who doesn’t believe that love and happy endings are possible. But he wants more than friendship from the marshal who has taken his heart into custody.

Can he convince her that true love is real and their happiness waits just around the corner? 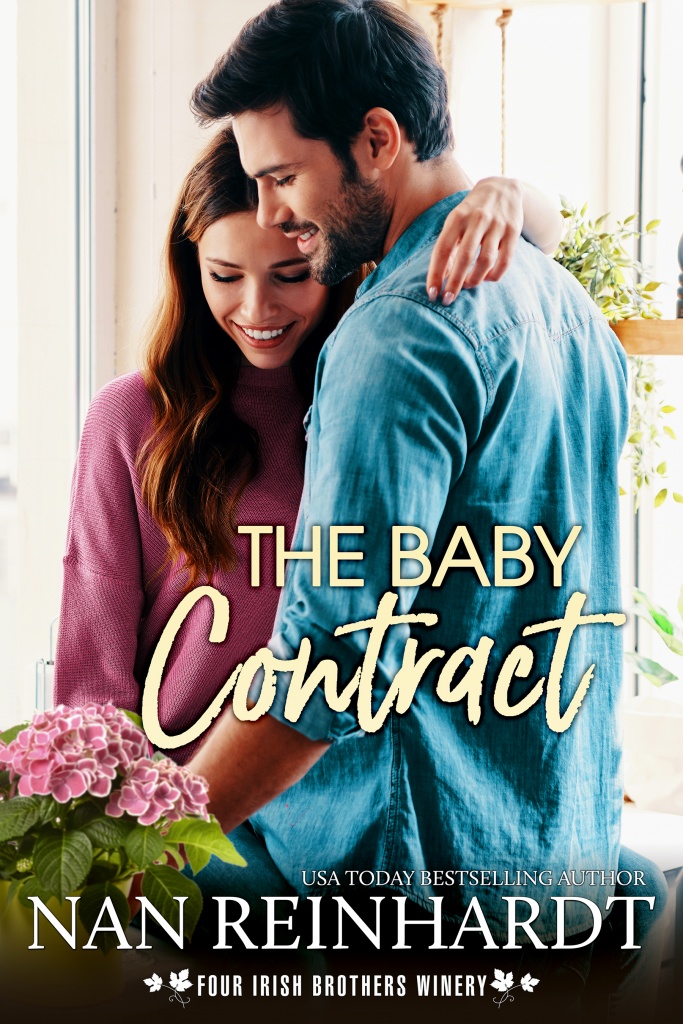 Firefighter and paramedic Tierney Ashton has always been a bold adventurer, but at thirty-four she longs to embark on a new adventure—motherhood. But who will be the father? Although financially challenging, a sperm bank appears to be her best option. That is, until she shares her dream with her long-time pal, Brendan Flaherty.

Government analyst and world traveler Brendan Flaherty returns home to River’s Edge to help out at his family’s thriving winery and his brother’s new community theater. He also plans to finally achieve his lifelong goal of writing a novel. But when Tierney shares her wish, Bren offers to be her baby daddy—with one condition. Marriage.

It seems like a perfect contract, but will love get in the way? 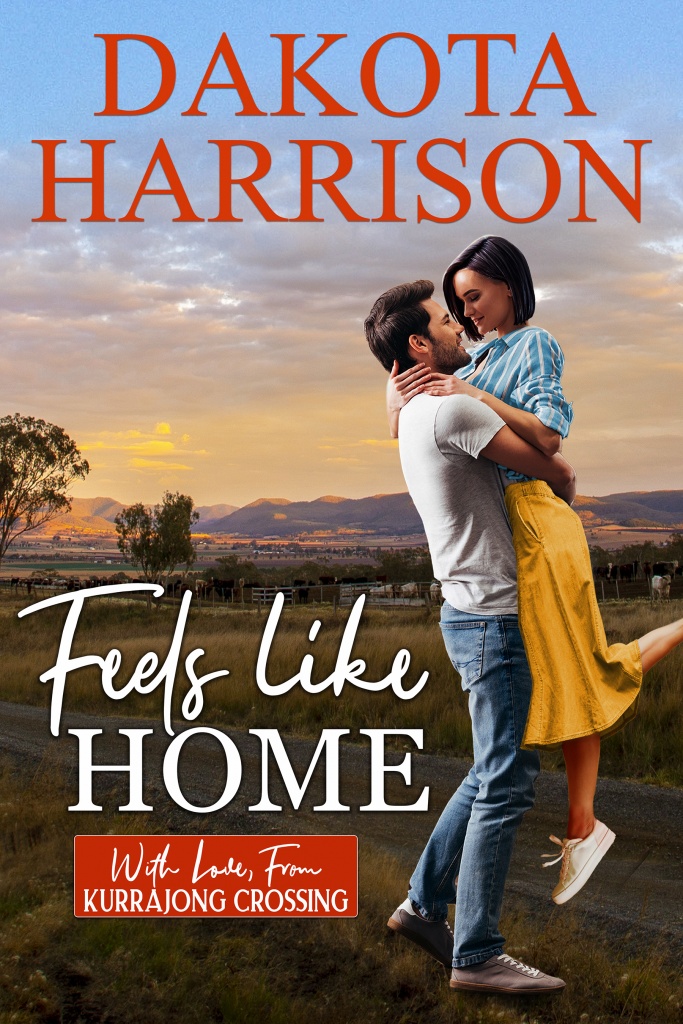 He’s the last person she ever wants to see again…

Zac Hartford swore he’d never return to sleepy Kurrajong Crossing, but after finally making it big in the music business there’s only one thing left on his mind—to ask for forgiveness from the only woman he’s ever loved. If that means stepping foot in the town that turned its back on him, so be it. He’s not there to cause trouble. He’ll simply find Cat, say his piece, and leave.

The last person Catherine Van Alden expects to see in her tiny cupcake shop is Zac—a man she hasn’t seen or spoken to since he destroyed her family and vanished all those years ago. Her desire to think the best of him hasn’t changed a bit, but he’s obviously keeping secrets and she can’t let him into her life again. Not without opening up a world of hurt and feelings best left behind.

When the truth is finally revealed, is Cat strong enough to go after the man she never stopped loving? 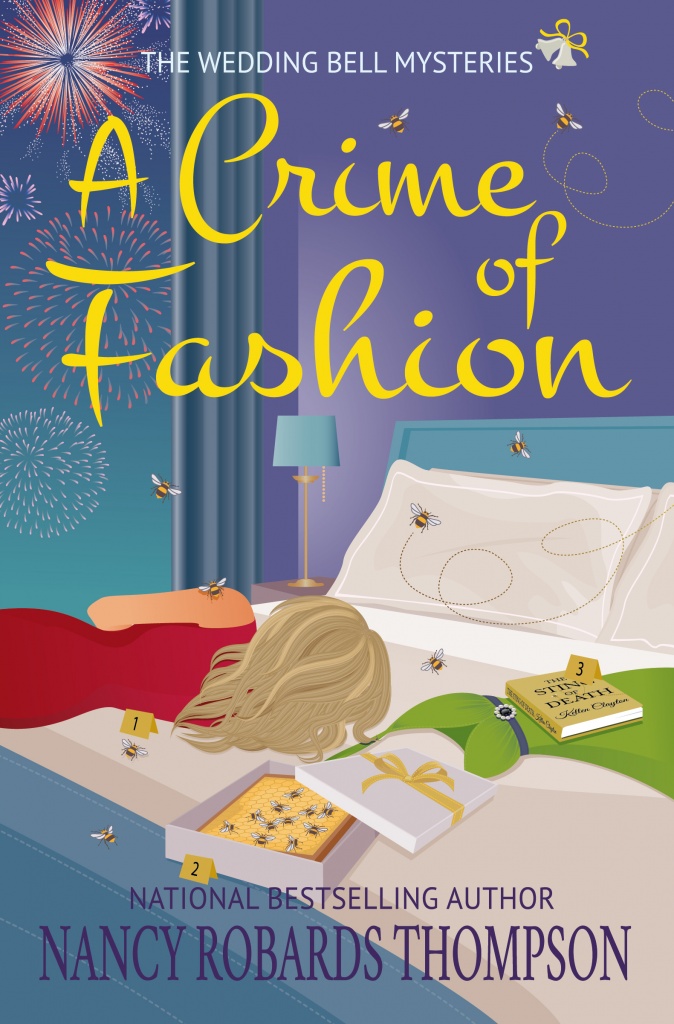 A Crime of Fashion by Nancy Robards Thompson (Tule Mystery)

When a murder mystery-themed fashion show is struck by a real murder, there are enough suspects to line the runway

Kellen’s death, which has been staged to mimic a murder from the book that launched her career, leaves the whole town reeling. The violence feels shockingly personal—Kellen was a founding member of the local writing group, Hemlock Homicide Heroines, before success swept her away to the big city.

Soon, it becomes clear not everyone was thrilled with Kellen’s success. As suspects multiply faster than designer knockoffs, Maddie and Jenna are determined to figure out who was resentful enough to kill over it. 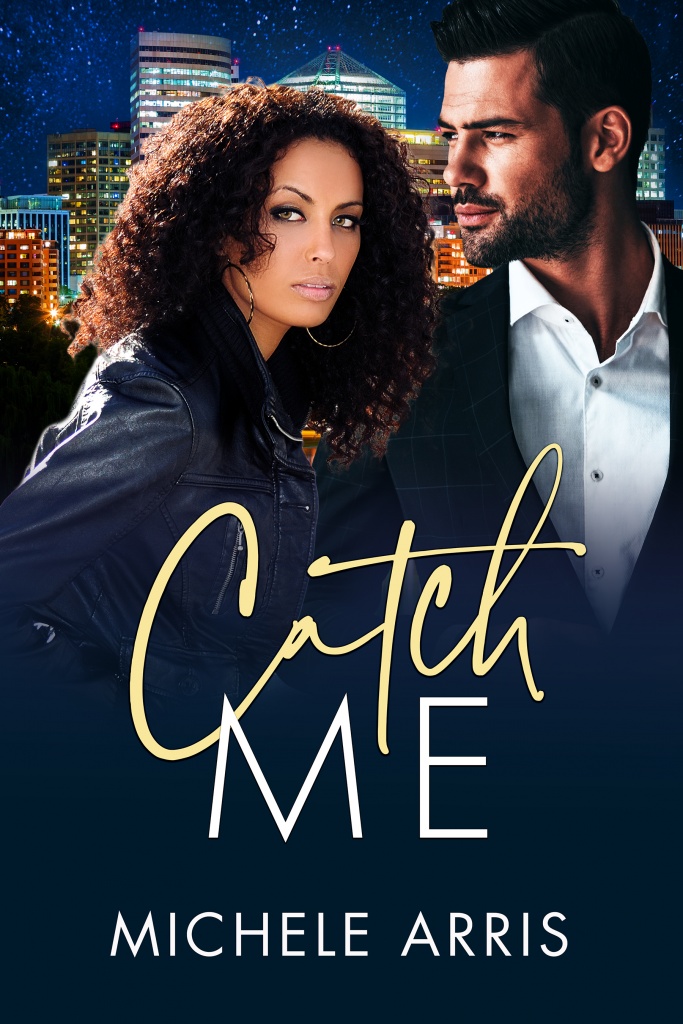 It was supposed to be a straightforward business agreement…

Businessman and COO Dominic Balaska almost has it all, except $20 million to get in on a lucrative real estate deal. His trust fund document requires him to be married by his 31st birthday. In six months. With no romantic prospects in sight, he looks toward Tabitha Seils. She’s made it clear she doesn’t like him, which is exactly the no-strings deal he’s looking for.

Custom pastry chef Tabitha Seils wants nothing more in life than a baby. So when a new mother considers Tabitha to adopt her infant, Tabitha nearly bursts with happiness. She makes the first of three payments but needs to find a way to pay the rest. Marrying Dominic is a win-win: they can access his trust, divvy up the money, and get an annulment.

Neither expected their marriage of convenience would bring about real feelings. Nor the twist in store for their arrangement that could cost them everything. 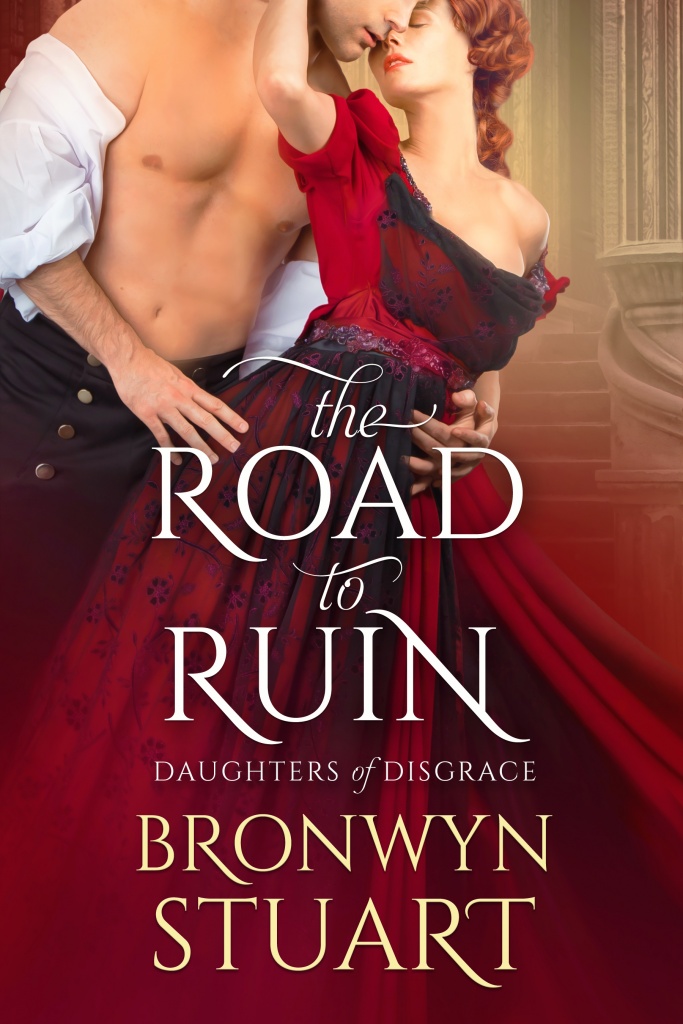 The Road to Ruin by Bronwyn Stuart (Muse)

James Trelissick, Marquis of Lasterton, will do anything to free his mother and sister from a notorious pirate. Their disappearance threatens his sister’s reputation and future. Desperate after months of fruitless searching, he disguises himself as a servant for the pirate’s daughter and kidnaps her, intending to exchange the hoyden for his beloved family.

Daniella Germaine’s only wish is to be back on the deck of her father’s pirate ship, the wind in her hair and adventure on the horizon. But her father foisted her off on her brother to join London’s marriage market and find a husband. To prove herself unmarriageable, Daniella hurls herself into scandal after scandal only to be ‘rescued’ by her handsome but disapproving coachman who takes his protection duties far too seriously for her agenda.

When the rescue turns into a hostage swap, Daniella finds herself knee-deep in intrigue and adventure that could prove as deadly to her heart as it is to her life. 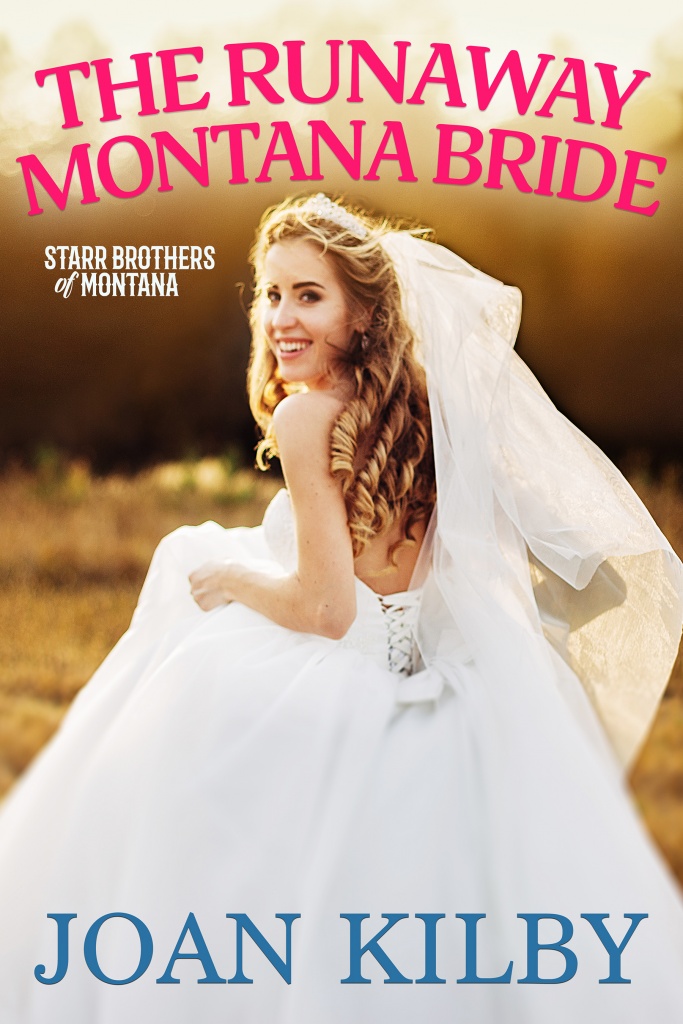 When lifestyle “it” girl Lilou Langdon dumps her wealthy, snobby fiancé days before their highly-promoted society wedding, she can’t get out of Manhattan fast enough. Desperate to escape, she begs her magazine editor for the first assignment out of town. With her designer luggage and pup in a purse, Lilou—who specializes in covering luxury resorts and glamorous travel destinations—arrives in Montana for a six day trek into the wilderness.

Adventure tour owner Garrett Starr was expecting an experienced, off-grid journalist to cover his wilderness trek. Instead he gets Lilou, a city-slicker ‘princess’ who doesn’t know a crampon from a crouton. Worst of all, she brings along her lion-haired Pomeranian, Simba. Garrett dreamed that the article would boost his business to the next level, yet Lilou appears to be his worst nightmare.

But Lilou didn’t make a name for herself by giving up, and soon both she and Garrett realize they’re in for more than they bargained for.