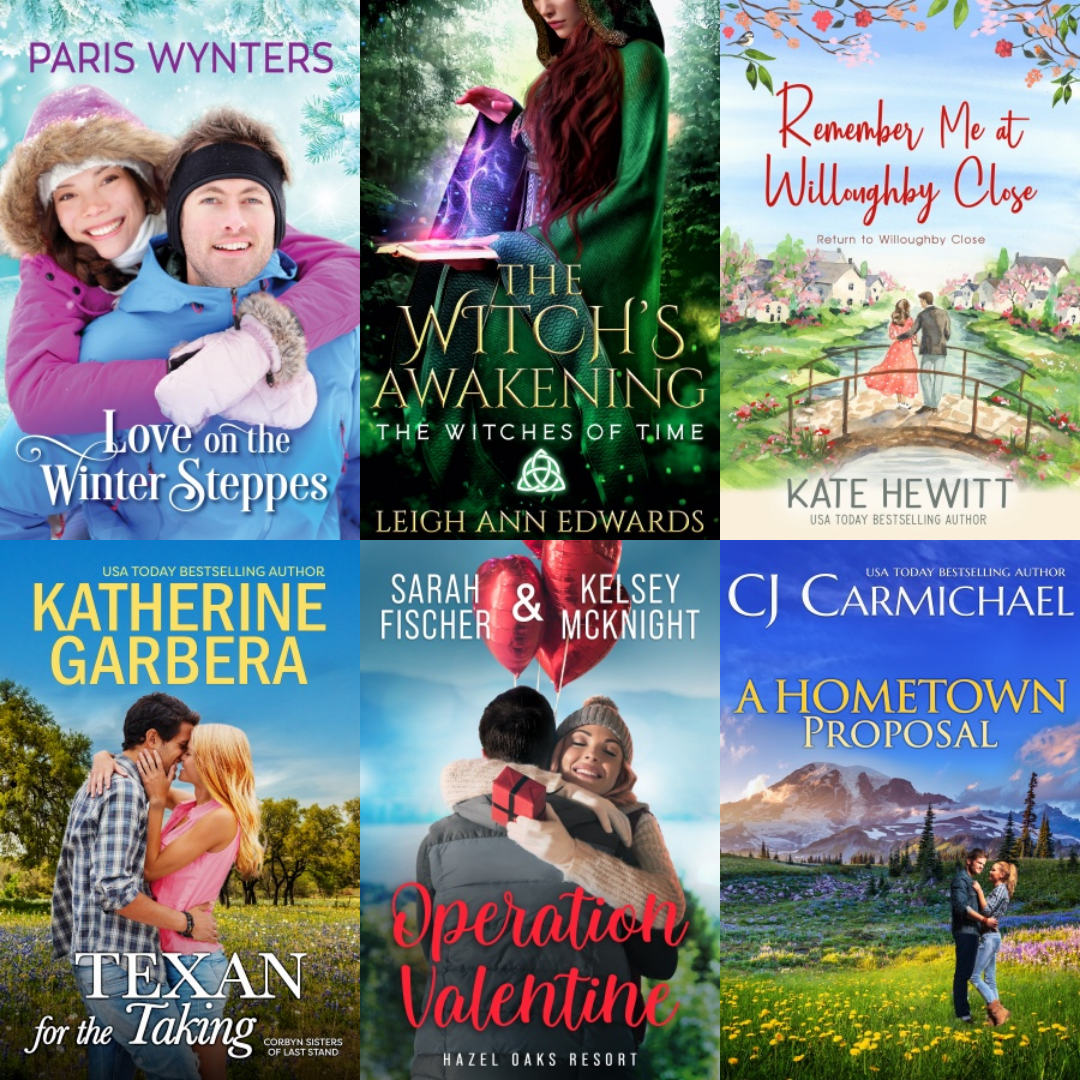 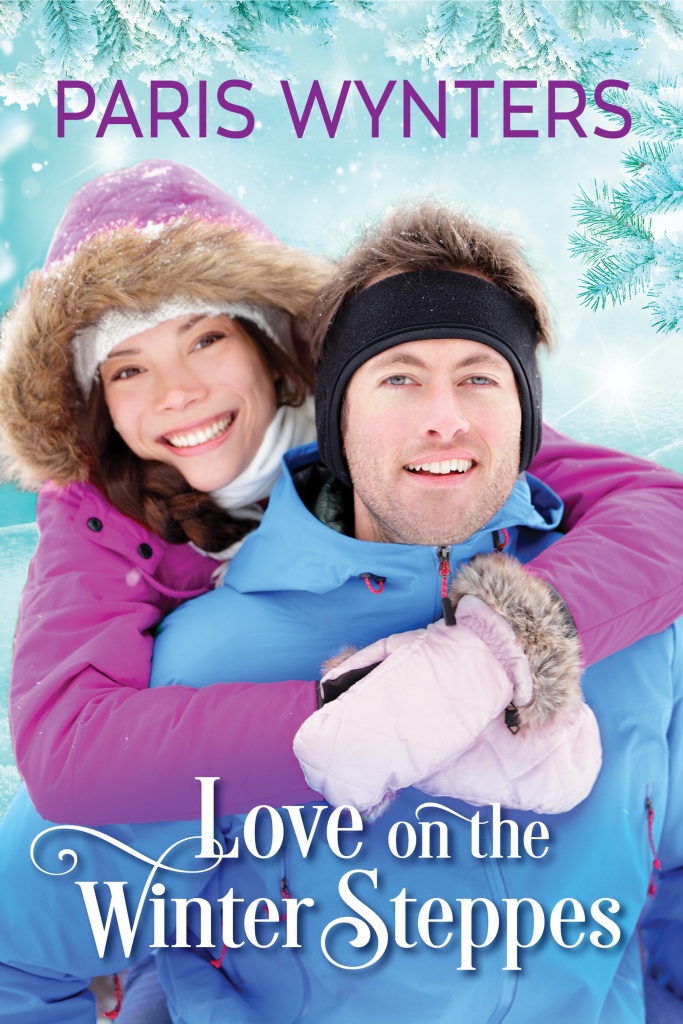 Love on the Winter Steppes by Paris Wynters (Holiday)

Can a magical day at the Ice Festival melt this career-focused woman’s heart?

Marketing consultant Qara Whitaker loves her job, happily putting in endless hours and working through holidays. But when her grandmother asks that she accompany her on a birthday trip to Mongolia to visit their family, Qara can’t say no. Packing up her laptop, Qara boards the plane—never imagining that a shared cab ride with a stranger will change her life forever.

Hoping to push through writer’s block, author Benjamin Lacoy hops on a plane to Mongolia looking for inspiration. A chance meeting with a beautiful and intelligent woman whose smile ignites his heart leads to them playing tourists. Sparks fly and Ben is feeling far more than inspiration, yet each time he and Qara get close, she’s distracted by work.

Ben is torn; he likes Qara, but he always promised himself he’d never let work come before family and friends like his parents did. Opposites clearly attract, but can they learn to balance work with love in order to build a future together? 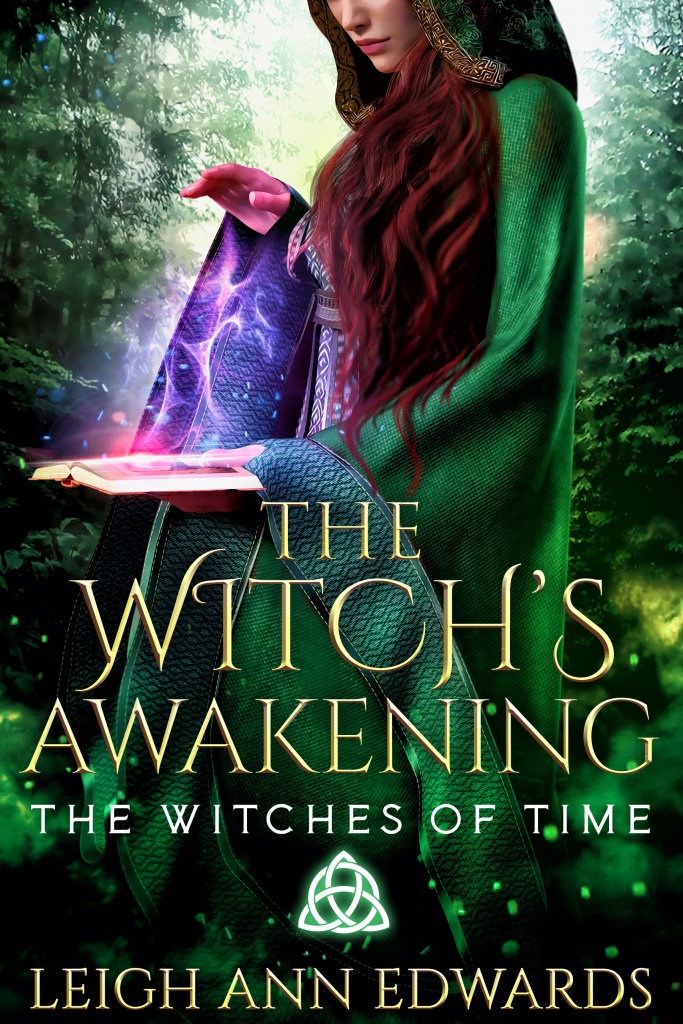 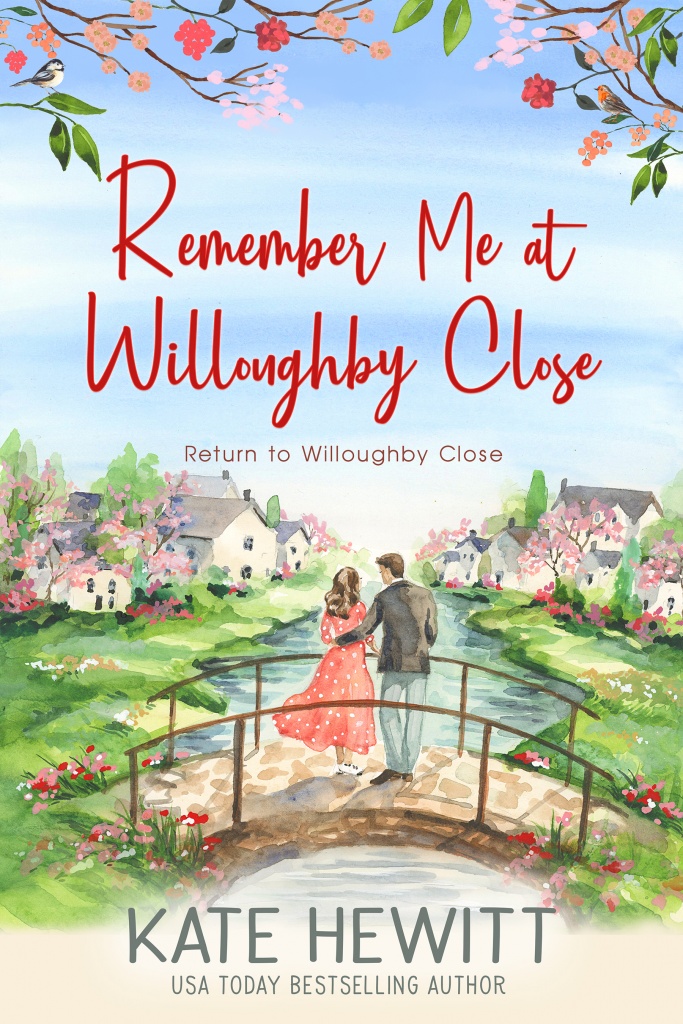 Remember Me at Willoughby Close by Kate Hewitt (Holiday)

Welcome back to Willoughby Close, with four new residents and happy endings to deliver…

Laura Neale is grieving. A year after her beloved husband’s death, she’s still left with far too many questions and is struggling with feelings of guilt, anger and grief. Hoping to rebuild her and her children’s lives, she moves to Wychwood-on-Lea with her two troubled kids—an eleven-year-old son with too much energy and a fourteen-year-old daughter flirting with the same depression that afflicted her father.

The warm community of women who have lived in Willoughby Close welcome her with open arms, and their friendship helps Laura find a semblance of peace. But when an entirely unexpected attraction to her son’s teacher, James Hill, emerges after he gets into trouble, Laura is gobsmacked. James is charming, funny and ten years younger than her. Basically, completely unsuitable. Besides, her husband Patrick was her soulmate…wasn’t he?

As revelations about everything she once held dear surface, Laura wonders if she is reckless or maybe just brave enough to try for love a second time. 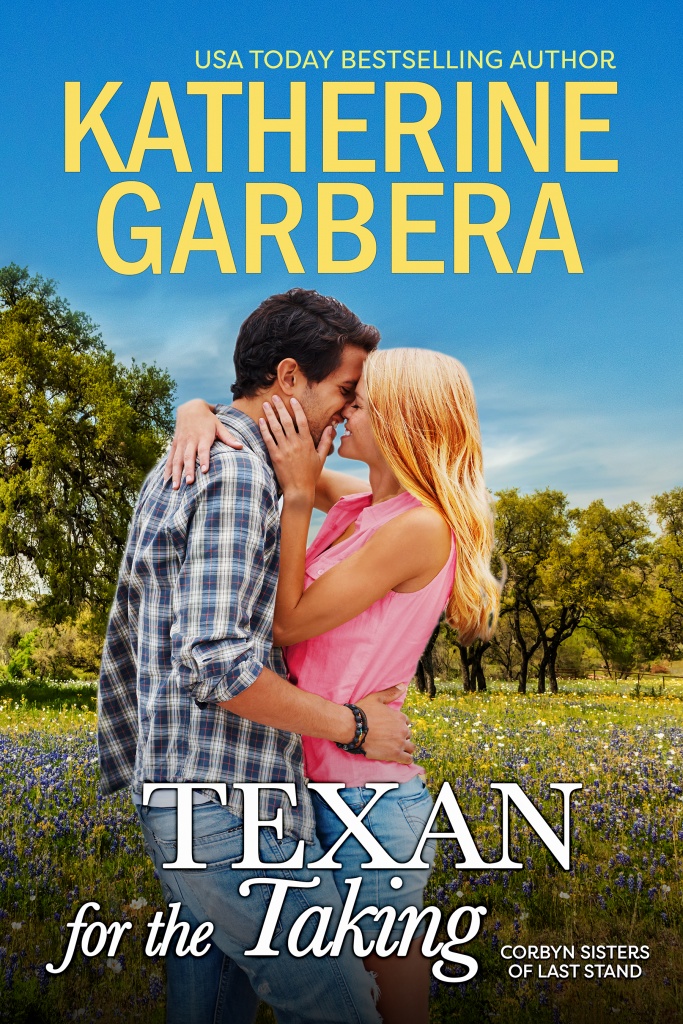 Texan for the Taking by Katherine Garbera (Texas Born)

Who turned up the heat?

Classically-trained chef Delilah Corbyn walked away from the cutthroat celebrity kitchen world to return to her hometown of Last Stand, Texas. Delilah’s excited to open her own restaurant where she can finally make decisions without being scrutinized by the media. She thinks she’s living her dream until the new “it” chef saunters into town with a wink and a challenge. Delilah can handle heat in the kitchen, but he stirs up passions she’d long ago buried.

Jock Rossi has come a long way in the culinary world for someone who isn’t formally trained. Now he’s a rising chef with fame and money finally within his grasp. Determined to attract investors, he launches his latest restaurant in Last Stand. But when he meets his local competition, Jock’s plans skew off course. Delilah’s not only as talented as she is beautiful, she’s impossible to fool. Or forget.

Can Jock win her heart with his secret recipe or are they only destined to battle it out in the kitchen? 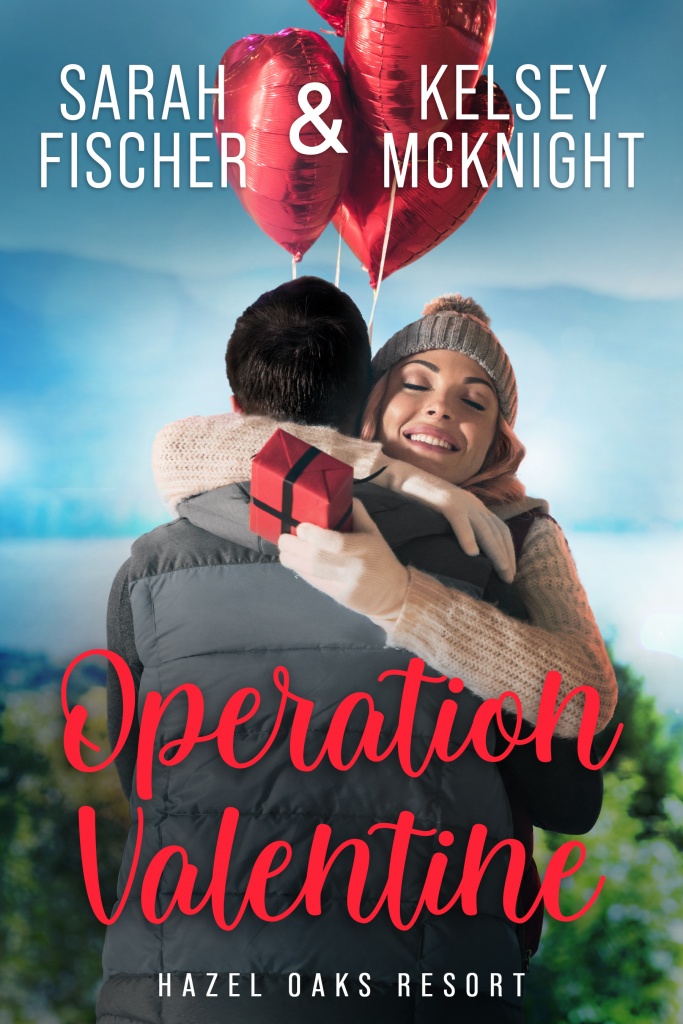 She’s determined to play Cupid, but will her arrow go astray?

Nat Keller has worked at upstate New York’s Hazel Oaks Resort her entire adult life, dedicating herself to the lakeside lodge she considers home. After moving constantly as a child, planting roots and showcasing her organizational skills as the resort’s Head Concierge is her dream job. When she’s tasked with helping a married couple rekindle their romance, she’s excited to prove herself until she learns she’ll be working with a partner.

Lead Adventure Coordinator Hudson Dougal has never stayed in one place for long. He’s worked at Hazel Oaks for nearly a year and is contemplating his next big move when he’s asked to work with the only woman who seems to be immune to his charm. Always up for a challenge, Hudson accepts.

Soon, Nat and Hudson are igniting more than just a stale marriage. But just as Hudson wonders if roots have a purpose, he receives another opportunity. Will love be enough of an adventure to convince him to stay? 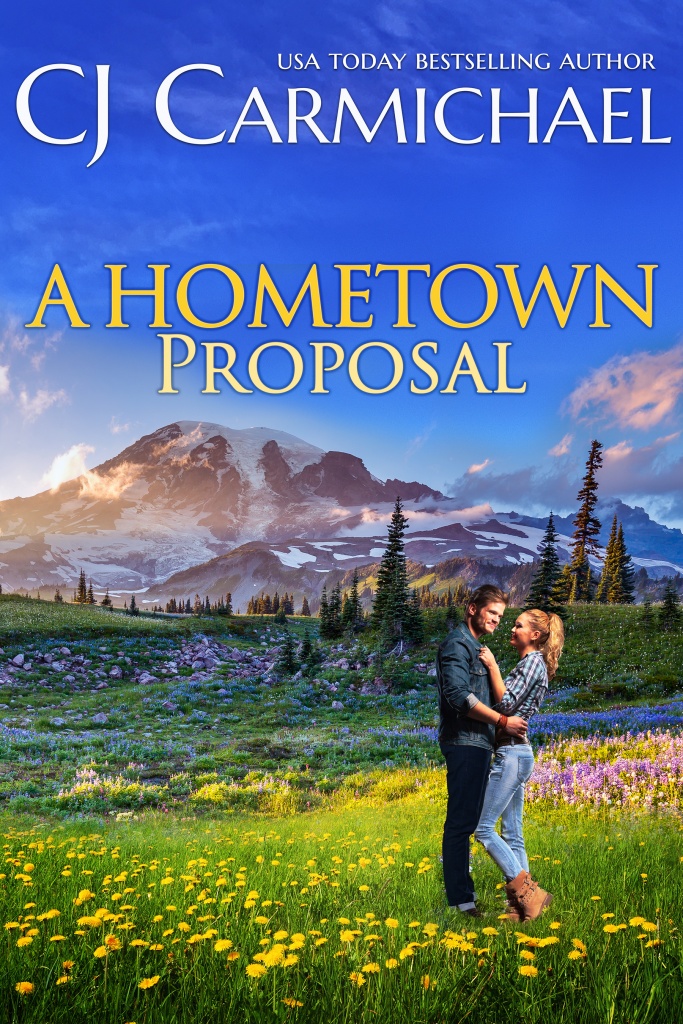 She’s looking for a second chance to reconnect with her daughter but finds so much more.

Since her husband’s climbing death a year ago, Maureen Shannon’s relationship with her twelve-year-old daughter has spiraled out of control. Desperate, she resigns from her partnership at a legal firm and moves back to her hometown in Whitefish, Montana, with the hope that family and nature can heal their wounds. Her investment in a heli-skiing and lodge operation makes financial sense, but her attraction to the owner doesn’t. He’s everything she’s come to hate—a man who makes his living chasing adventure.

But will Maureen be able to let go of her past and build a future with a man who never imagined becoming a husband or a father?