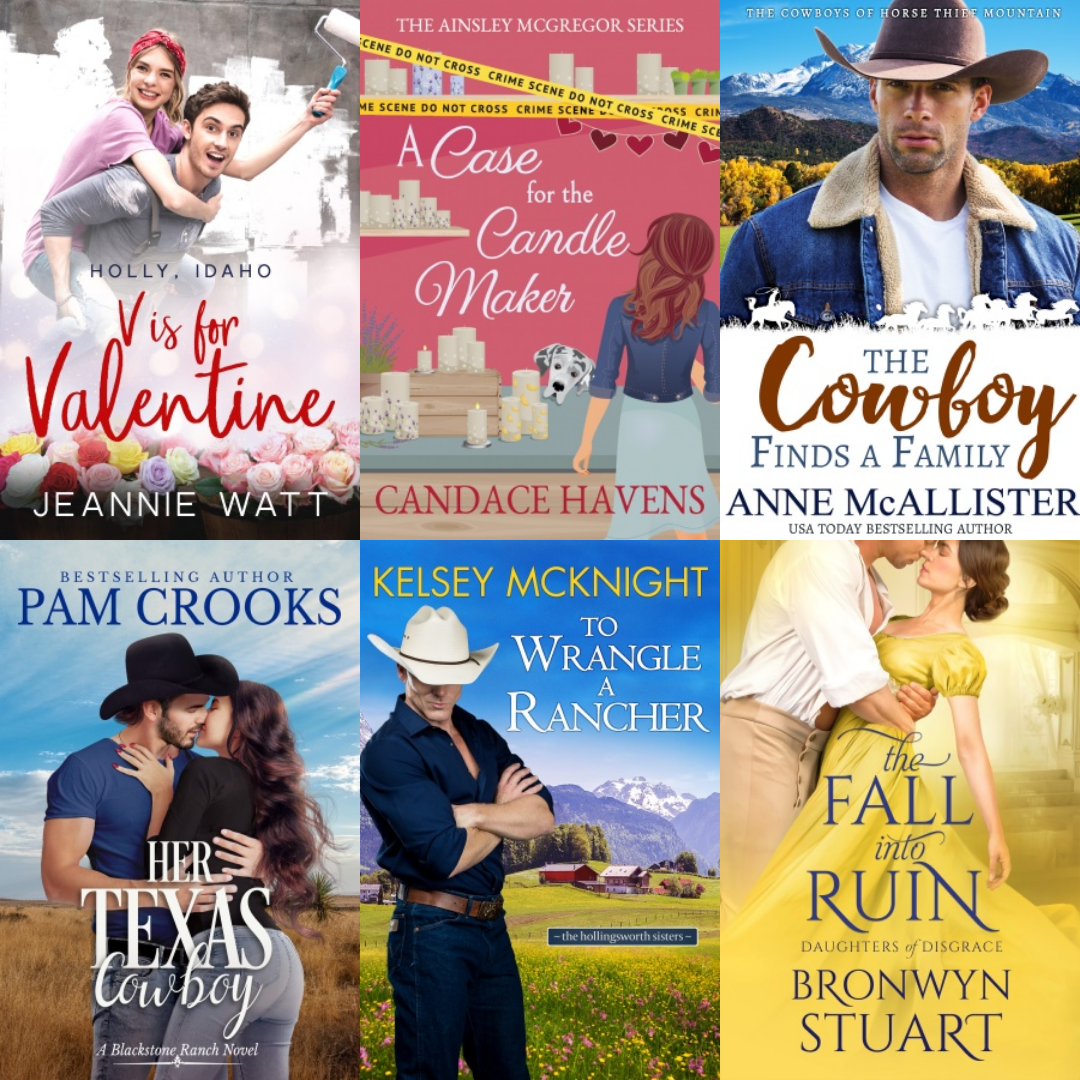 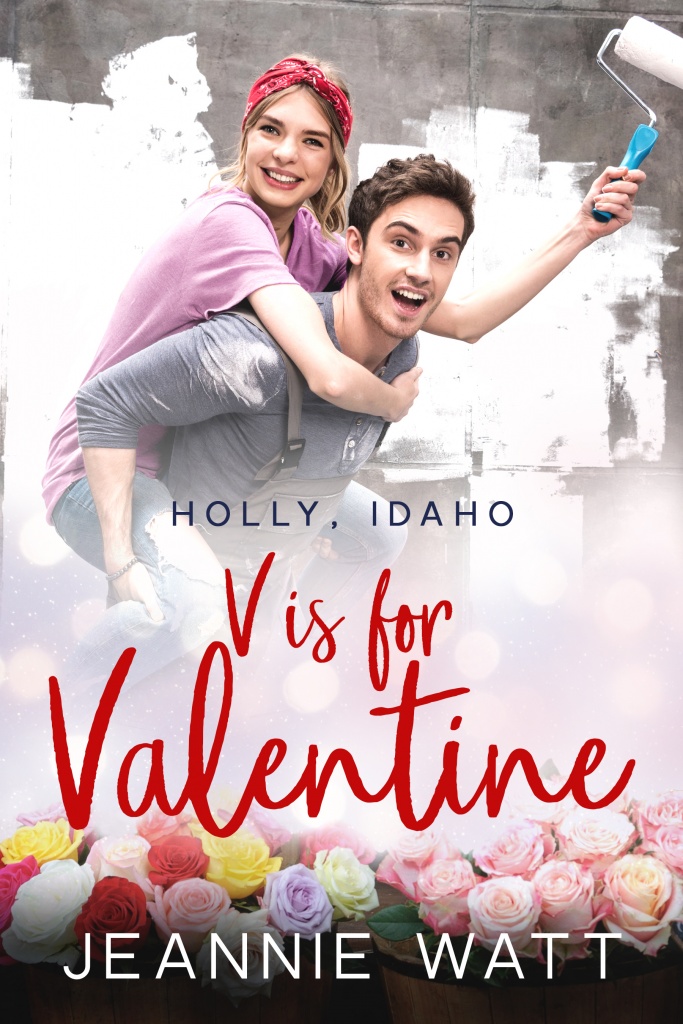 V is for Valentine by Jeannie Watt (American Heart)

Three weeks to win her heart…

Investment banker Felicity Evans returns home to Holly, Idaho, to answer her injured father’s SOS. He needs her to help him meet his construction deadline on a historic property by Valentine’s Day. Felicity swings a mean hammer, but her life is in Seattle and she’s leaving as soon as the project is finished. One problem with her quick escape plan? Danny Montgomery. Years after moving away, he still complicates her life despite her many efforts to forget him.

For as long as Danny Montgomery can remember, Felicity Evans—Felix to him—has tied his heart in knots. She’s spent years avoiding him after their childhood rivalry, but, short on help, has no choice but to hire him to help her finish renovations on a keystone project for her father. This time, Danny won’t let her ignore her true feelings.

He has until Valentine’s Day to make her his. Can he convince Felix to give them one more chance and prove they’re a perfect match? 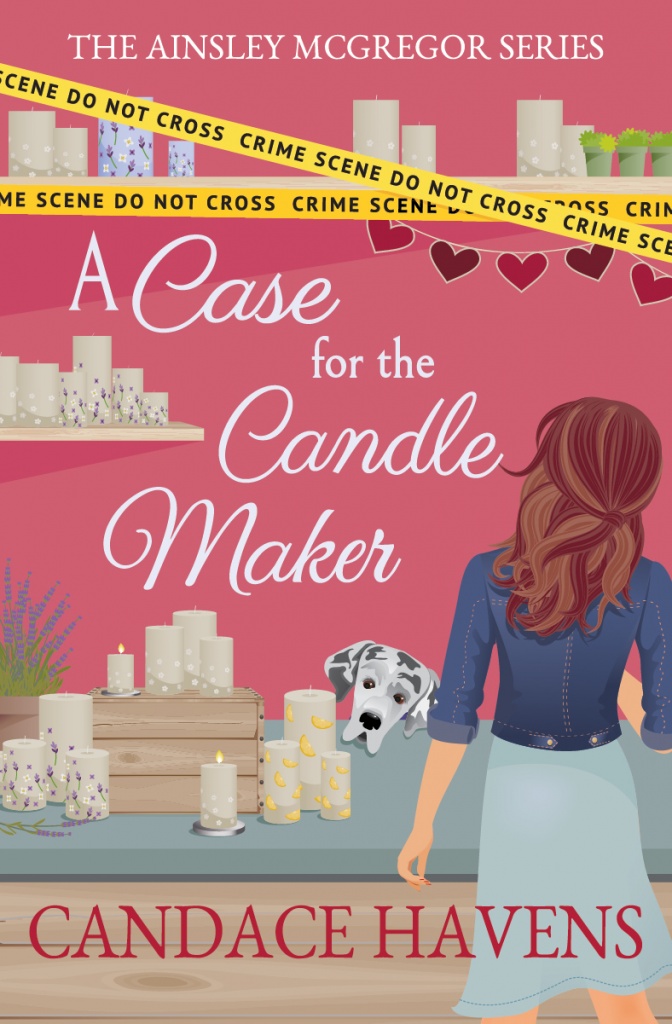 A Case for the Candle Maker by Candace Havens (Tule Mystery)

Ainsley McGregor has her hands full preparing for Sweet River’s Valentine’s Day celebration and her bestie’s wedding. So when a mysterious woman pitches selling her candles in Ainsley’s shop, Bless Your Art, Ainsley nearly blows her off. But the candle’s fragrance is evocative, and she can’t resist placing an order.

The candles are a hit, quickly selling out, but when Ainsley calls the woman to buy more, she’s unreachable. Hoping to connect, Ainsley and her Great Dane, George Clooney, stop by the local bed and breakfast. When George whines outside her room, Ainsley is afraid to look. She soon discovers that the candle maker is dead—in a room that was locked from the inside.

Although her brother, the town sheriff, is on the case, Ainsley believes the prime suspect is innocent. Intent to prove it, Ainsley once again drops into sleuth mode, discovering some surprising truths about the mystery woman. But has she just put herself in the killer’s crosshairs? 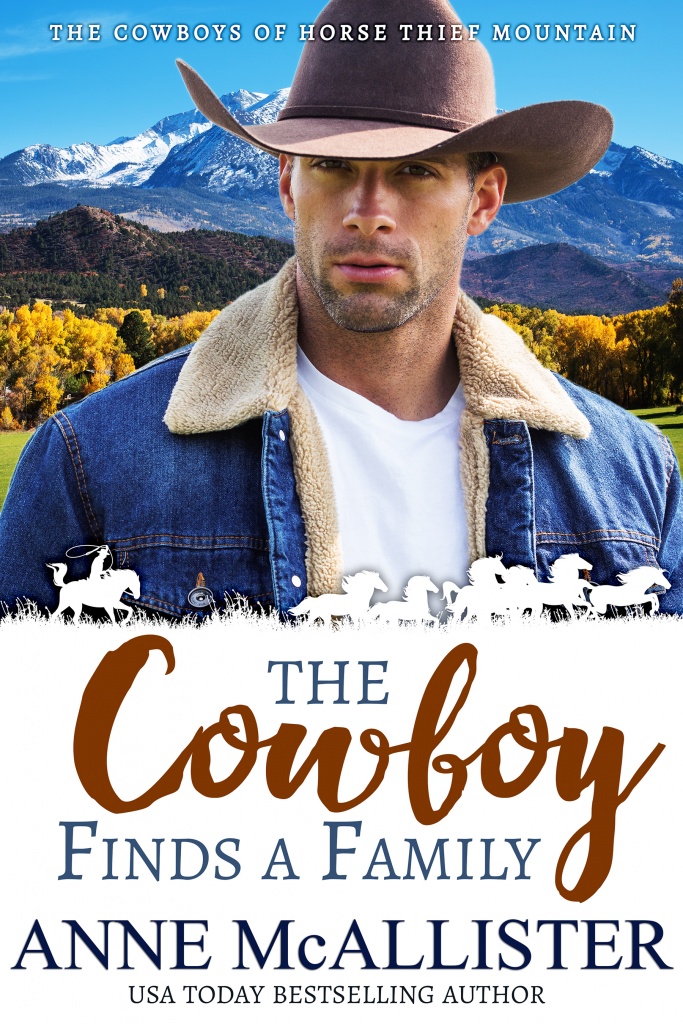 The Cowboy Finds a Family by Anne McAllister (Montana Born)

Mace Nichols is an ‘I’ll die with my boots on’ cowboy. Old-school. Tough, silent and honorable. Which is why he’s leaving his wife, Jenny. She has helped him build his dream—the Montana ranch they loved. Now he can’t give her the family she’s always dreamed of, so he has no choice: he needs to set her free. It makes perfect sense to him.

It doesn’t make a bit of sense to Jenny! She loves her stubborn, bull-headed husband. She admires his courage, his tenacity and his determination to always Do The Right Thing—even if, in this case, it is the stupidest thing he’s ever done.

Mace is right—Jenny has always wanted a family. But she wants a family with Mace! How can she convince the most honorable, stubborn man in the world what really matters in life? 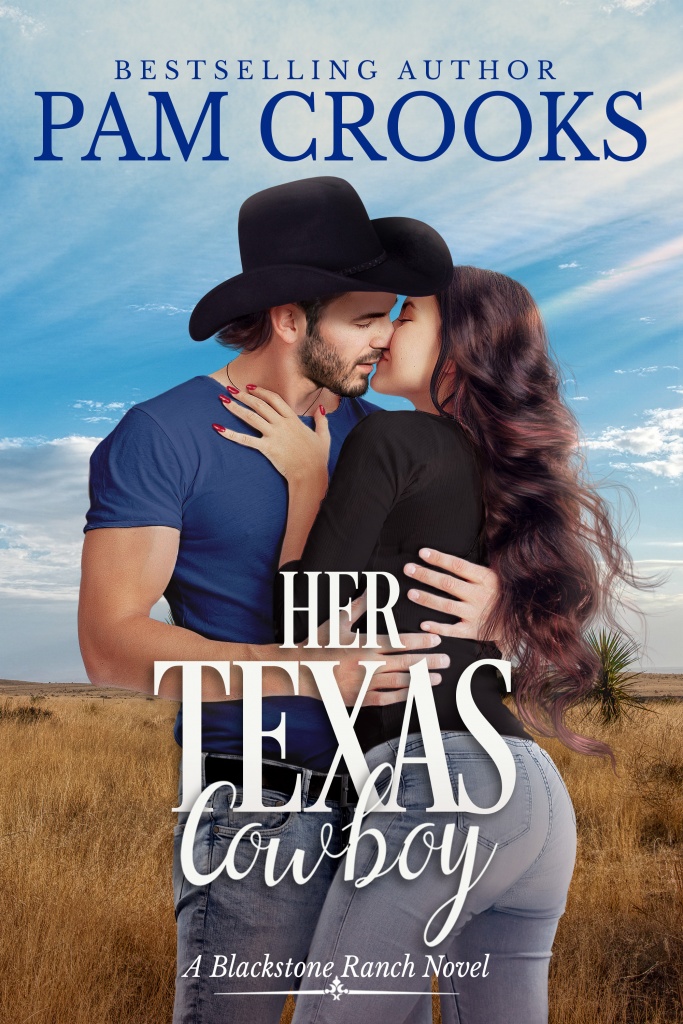 He can’t be fooled by a pretty face…

Brock Paxton’s love life is suffering, and there’s no woman around who can cure him—until a raven-haired beauty in stilettos drives into town to help at his family’s vacation resort. Her questions stir his suspicions and his instincts insist there’s more to her than she lets anyone see. So why does he still want her more than he should?

Facing false allegations back home in New York City, Lucienne Dunn has only one hope left to save herself: asking her father for help. Though his ruthless solution goes against everything she’s ever believed in, she must go along with his plan, even if it means clashing with a sexy, ex-military cowboy…

But the Paxtons refuse to sell, and there’s danger brewing on the ranch. Everything in Lucienne’s life is falling apart. How can she live without Brock when it does? 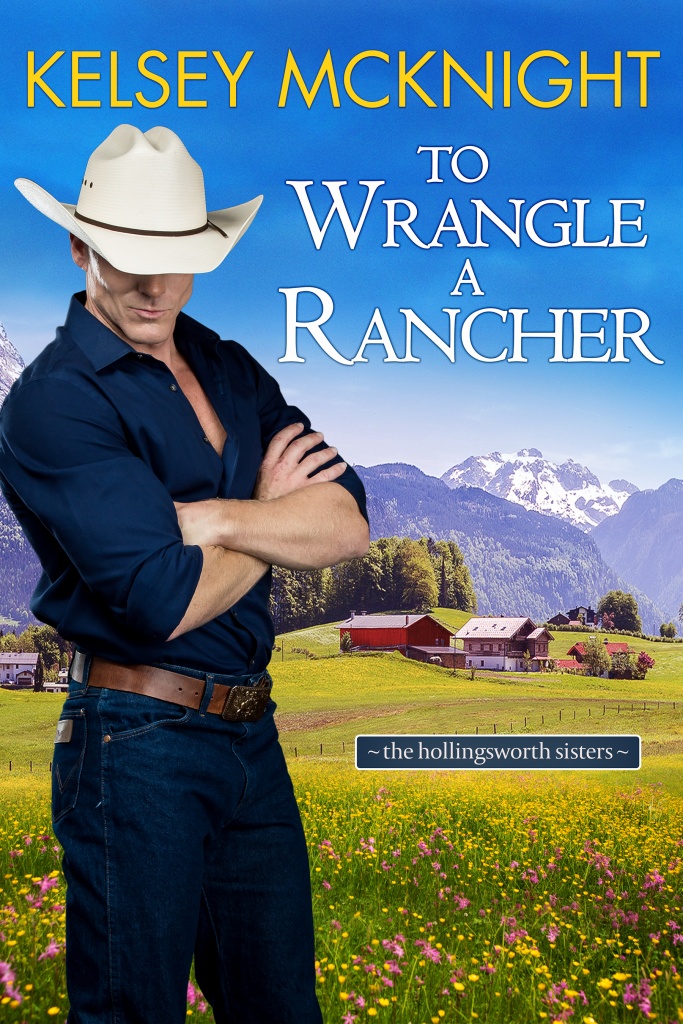 To Wrangle a Rancher by Kelsey McKnight (Montana Born)

They may have more in common than they ever imagined…

Olivia Hollingsworth is shocked when she’s passed over for VP at Hollingsworth Publishing in favor of her do-nothing cousin. She’s worked harder than anyone and decides to take her talent elsewhere—restoring the failing home improvement magazine that her grandmother loved and her father is axing. Olivia heads to Montana with a plan and a tight timeline…until she comes face-to-face with a sexy as sin cowboy who just might out-stubborn her.

Kit Granger’s family has lived on the same Marietta cattle ranch for generations. But his father ran their business into the ground, leaving Kit to sell off parcels of land to slowly rebuild his family legacy. For years he’s had an agreement to graze his herd on Hollingsworth property in exchange for caretaking duties. And then the eldest Hollingsworth arrives. Her first demand? Corral his cows.

Kit’s not about to let a beautiful heiress derail everything he’s worked toward without a fight. Can they reach a compromise so that they both win without falling in love first? 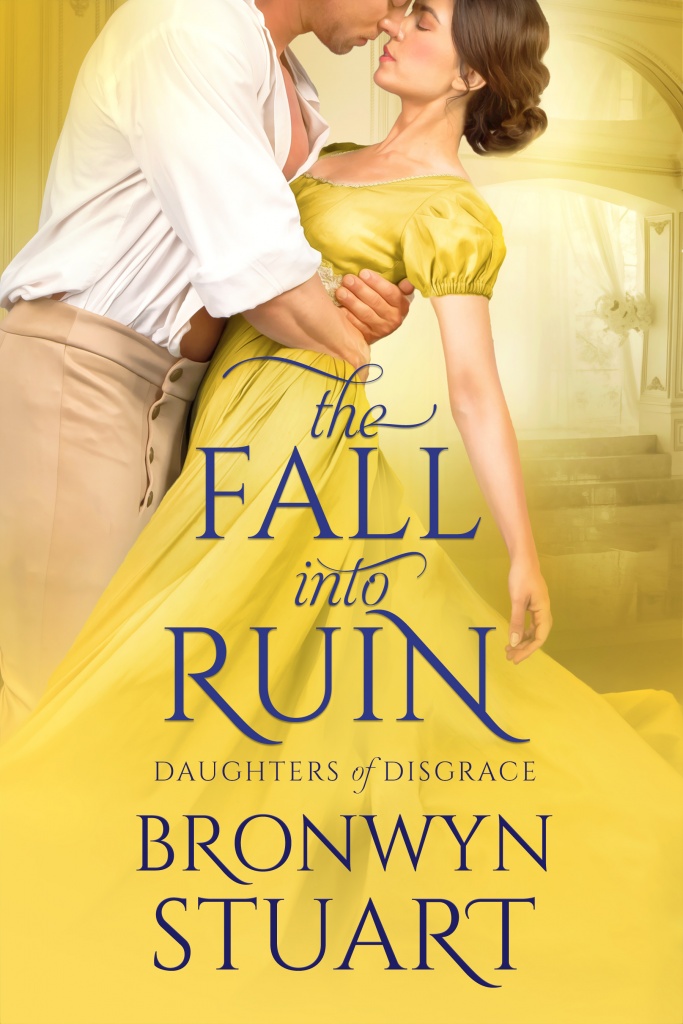 The Fall into Ruin by Bronwyn Stuart (Muse)

When her double life catches up with her, she must use all of her wits to survive.

Craving freedom and adventure, Rose Clairmont is far more interested in operating her secret smuggling activities at her father’s estate than looking for a respectable husband. So when a handsome man with ties to piracy stumbles over her during her debutante ball, Rose congratulates herself on being ruined and expects to be sent home in disgrace…until he agrees to marry her.

Forever besmirched by his father’s pirate reputation, Anthony Germaine wishes to uphold the law as a Bow Street Runner. When he sneaks into a ball hoping to join, he’s tossed out and falls on a woman hiding in the garden. Society is abuzz and Anthony, despite his roots, is a gentleman. But when he visits her estate to court his bride-to-be, he realizes there’s more to Rose than meets the eye. And she’s in danger.

Suddenly, playing it safe no longer appeals and Anthony contemplates an adventure that will prove as dangerous to his life as it is to his heart. 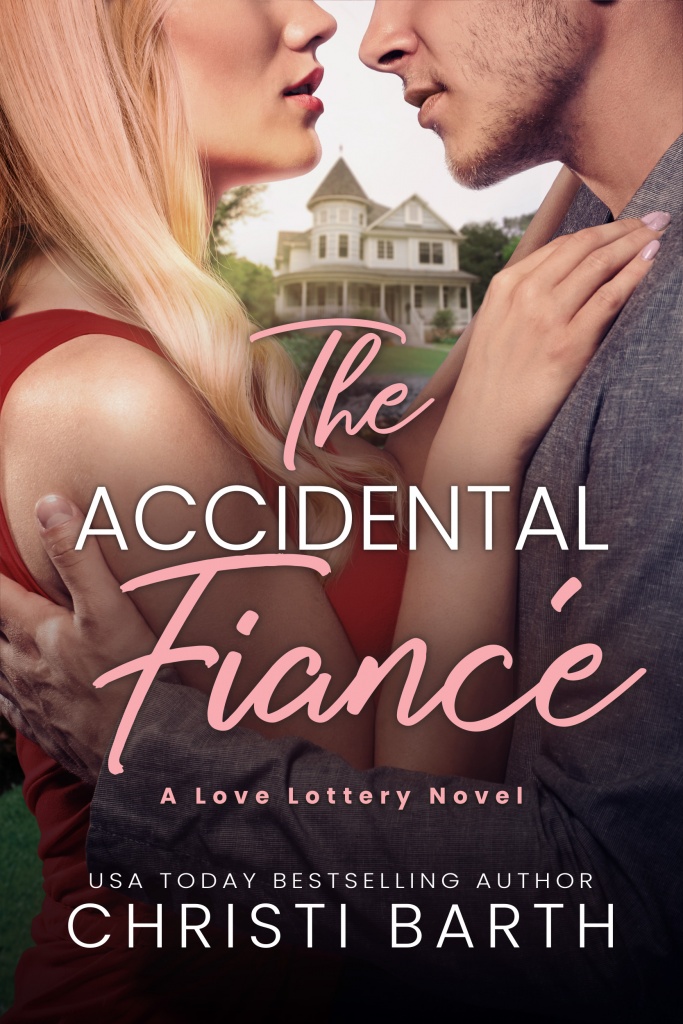 Is it the chance of a lifetime or his biggest mistake?

When former hotel manager Alex Kirkland, his sister and their best friends pooled their money for an unusual lottery prize—a historic, dilapidated inn on the Maryland shore—as a last-ditch attempt to escape rotten circumstances, they never expected to win. But they’re all looking for a fresh start and a second chance, so Alex convinces everyone to move in and repair the building in time for the spring wedding season.

Sydney Darrow never planned to return to her hometown. But her family needs her and Sydney can endure anything for 90 days—including making sandwiches and serving coffee with a smile until she returns to her jet-setter career. When her grandma mistakes a handsome customer for the “fiancé” Sydney created when she thought her grandma was on death’s door, well…Sydney will do anything to keep her spirits up during treatment. She can persuade him to keep up the charade for a few months, right?

But when Alex agrees to play along, will they both fall for their own fiction? 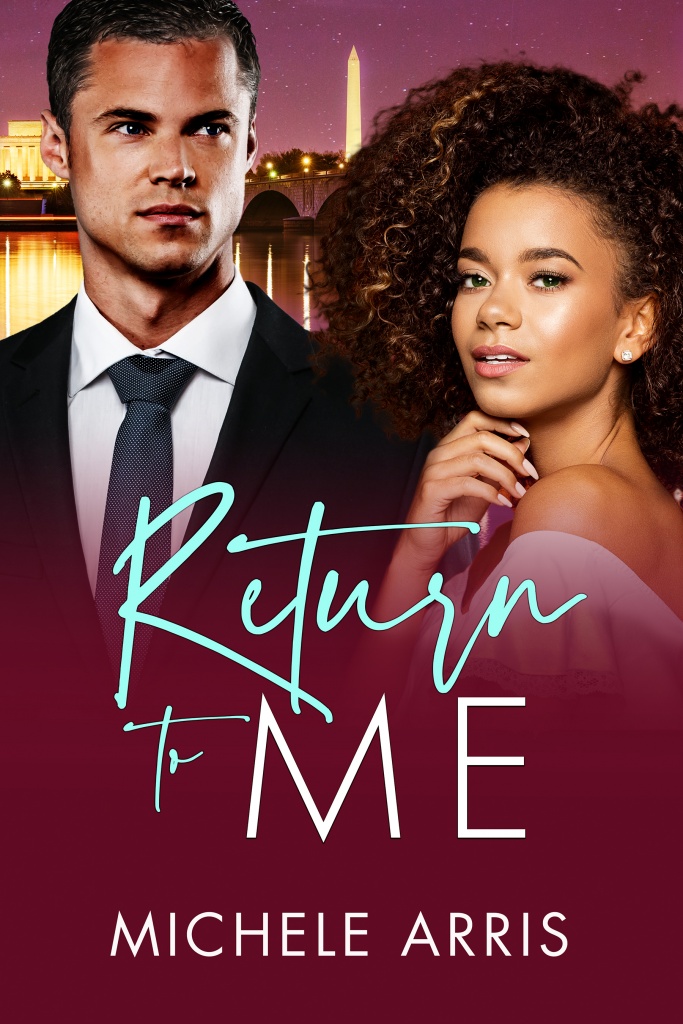 Return to Me by Michele Arris (American Heart)

All she wants is to move on as quickly as possible—if only the universe agreed.

Custom pastry chef Evie Powell’s life is in disarray. Not only is she trying to divorce her husband, but her lawyer has a heart attack and her case is turned over to the firm’s senior partner, a man Evie knew intimately in her past. A man she hasn’t seen in over twelve years and who she wants nothing to do with. So why does he still leave her breathless?

Attorney Vincent Scott is a man of humble beginnings who has now made a name for himself running one of D.C.’s most prestigious law firms. When he’s handed a divorce case for the woman who left him back when he was a lowly car mechanic, he wants to refuse. Yet even now, Vincent is still drawn to Evie and will do anything to protect her.

But when a life-altering secret is discovered, can Vincent tell Evie something that would destroy everything?