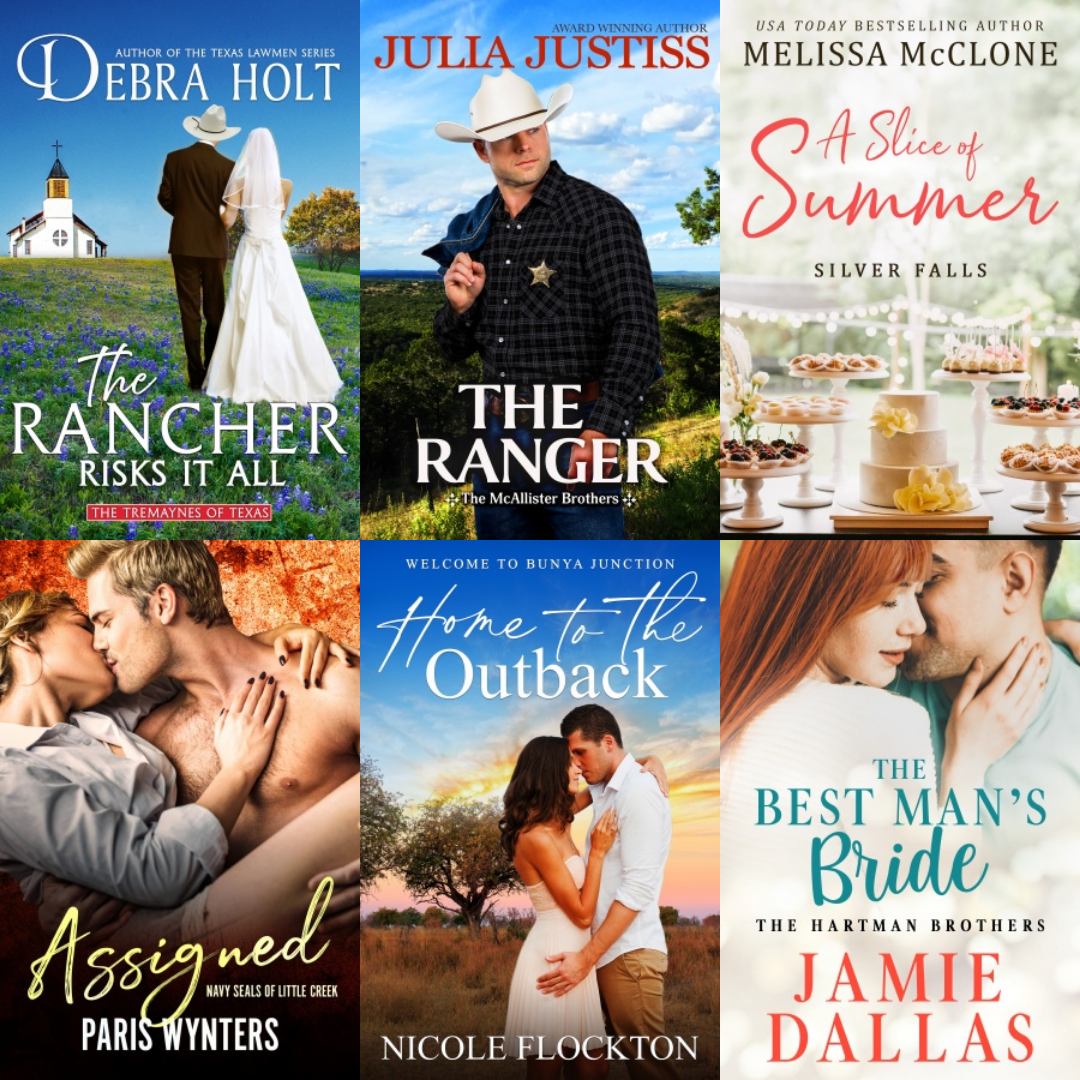 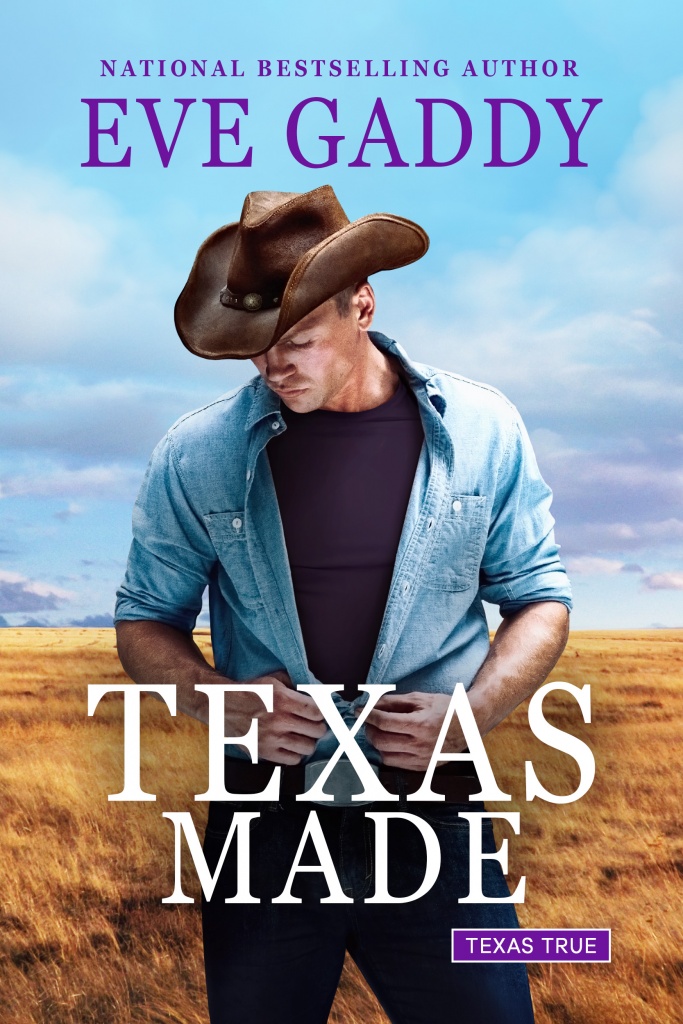 Rancher Marshall Walker isn’t looking for a woman—not permanently, anyway. He’s plenty busy raising beautiful Walker paint horses that are in high demand across Texas. But when his sister’s gorgeous friend arrives for an extended visit, he’s not opposed to exploring what could happen. He knows his heart is safe—Jaclyn Carson is a city girl, and he’s country through and through.

Jaclyn isn’t looking for a man, either. Owner and CEO of her own makeup company, she doesn’t have any desire to relax or slow down. With her condo under extensive renovations, she takes up her friend’s offer to stay at her family’s Texas ranch. Jaclyn’s more than a little curious to catch a glimpse of her not-so-secret college crush, and Marshall is hotter than ever. And his proposition—a steamy but very temporary affair—sounds like a fantasy come true.

What happens when two opposites fall in love? Can they meet in the middle or will they go their separate ways, even if it means breaking their hearts? 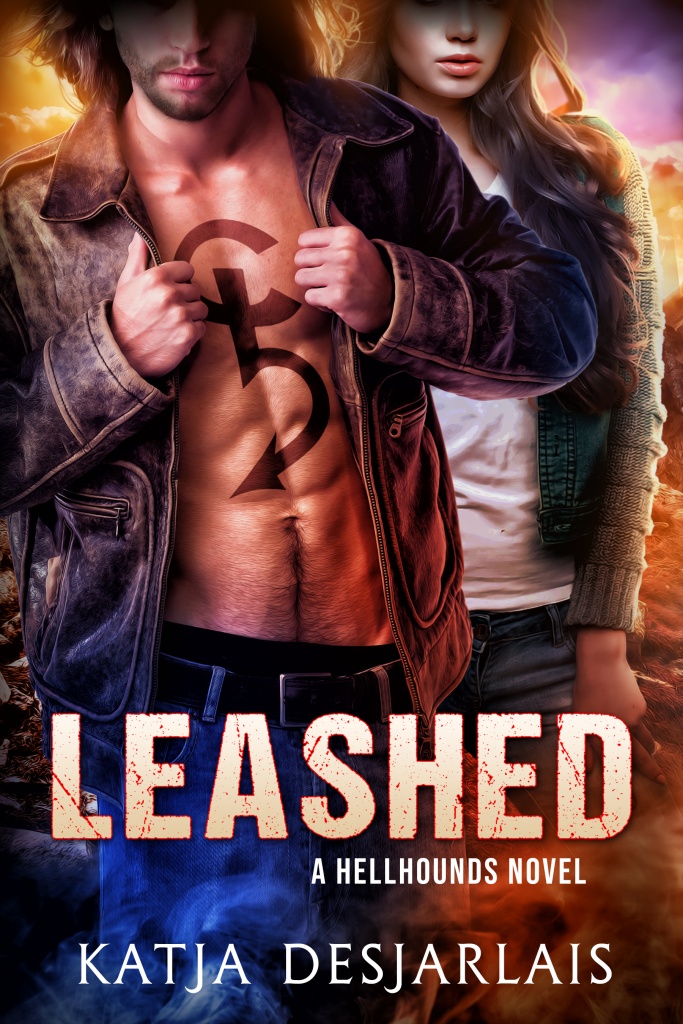 A good dog heels when Fate calls. Others take their chance in hell.

On earth, Hellhound Bo Echidna chases his vices and embraces his bad luck, hoping to ease the monotony of his immortal existence while he waits for his master’s call. Bound to the will of Hades and touched by the hand of Dionysus, he drifts from bar to bar and bed to bed on the hunt for his next rush, knowing it will never ease his eternal torment.

Librarian and art history student Sage Marcellus‘s only vice is the caffeine that fuels her revolving schedule of two jobs, school, and her passive position as Nixon’s Girlfriend. Accommodating and quiet, she lives in the periphery of her own life until she meets Bo, whose unexpected friendship leads Sage to ponder her life choices.

While Bo and Sage grapple with their growing attraction, ancient forces and grudges work against them to ensure that Bo never gets his happily ever after. And when Sage is in peril, Bo must play a rigged game against Fate to save them both. 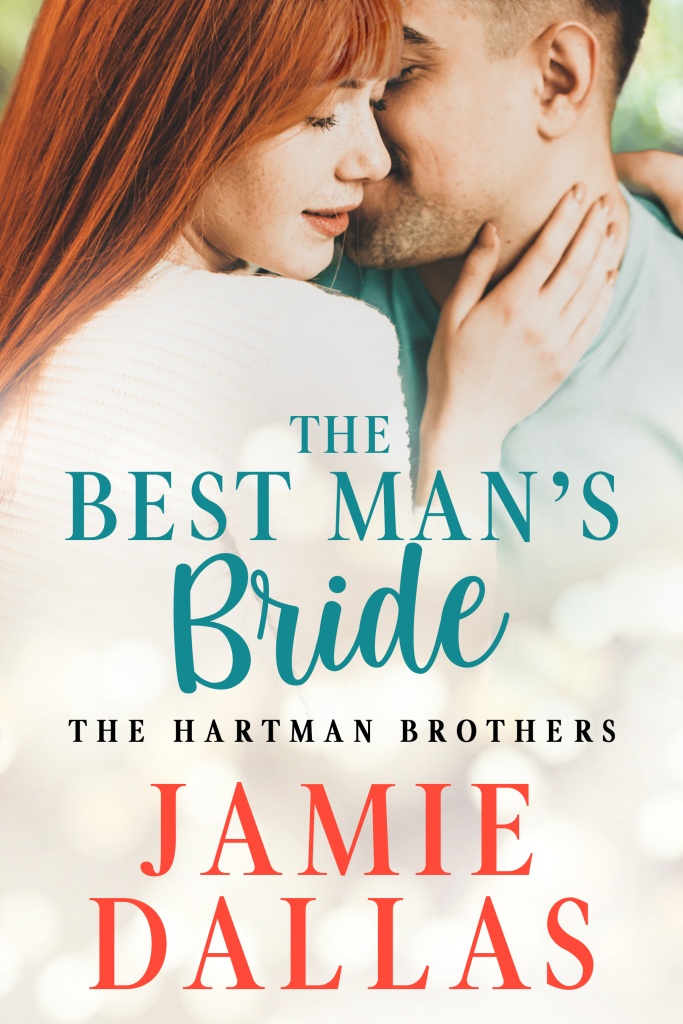 What else can go wrong? Or is everything finally going right?

After catching her fiancé lip-locked with the wedding planner an hour before their vows, Hailey Miller hikes up her wedding dress and runs. The last person she expects to chase her down is her ex’s sexy but aloof business partner who’s kept her at arm’s length for years. He offers her a lifeline, but his help comes with a catch. Does she dare say yes?

Jace Hartman doesn’t believe in love. And he doesn’t believe in giving up. He won’t let his company’s event planner walk away from their biggest launch—even if she has a broken heart. Business comes first, so he makes Hailey an offer she can’t refuse. But it’s her counter offer that has him worried. She needs a place to live for the month, and he has an extra bedroom.

Jace has spent the past few years trying his best to bury his attraction to Hailey. Now she’s everywhere and making him forget all the reasons he should never mix business and pleasure. 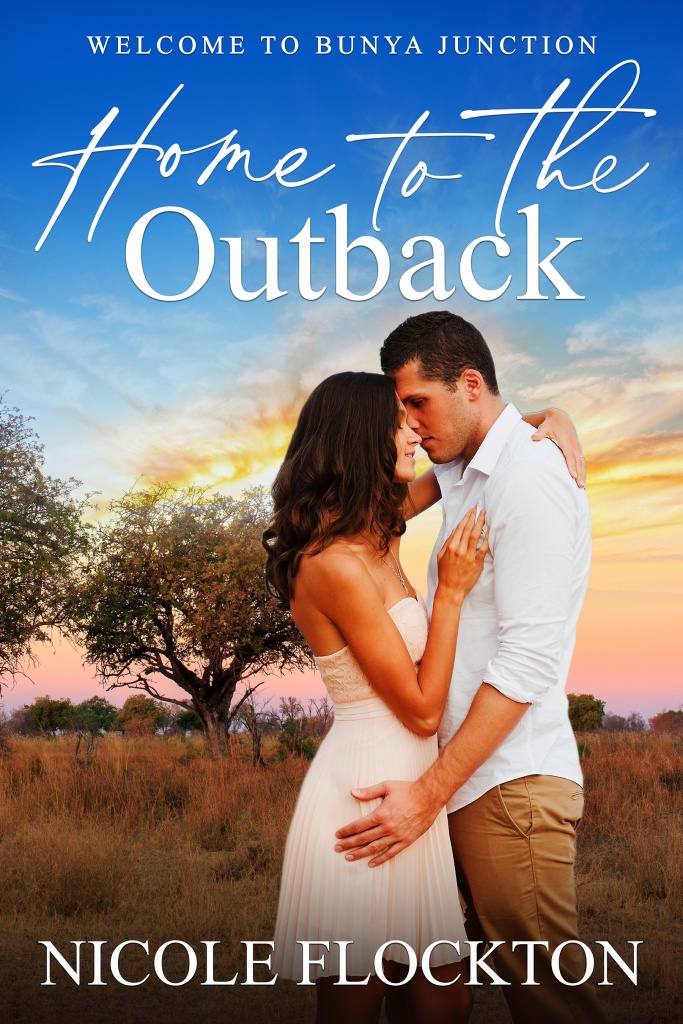 Home to the Outback by Nicole Flockton (Holiday)

Three years ago, nurse Sindy Carruthers returned to Bunya Junction wounded, wary and shamed by a relationship gone wrong. Welcomed home by her family and supportive community, she now manages the local medical practice and enjoys her newfound confidence. She’s perfectly happy on her own, until a blast from the past in the form of Ryan Flanagan appears.

Dr. Ryan Flanagan—renowned plastic surgeon to the stars—heads to Bunya Junction to pay his last respects to the man who opened his heart and house to an abandoned boy. Ryan’s no fan of Bunya Junction or the harsh judgments of some of the townsfolk, so he’s stunned to discover that his old mentor has bequeathed him half a general medical practice—hoping he’ll stay on and serve the community. The other half of the practice now belongs to the beautiful Sindy Carruthers, his closest friend’s twin sister.

Sindy knows Ryan will never stay in Bunya Junction and become her business partner, and that’s a good thing. Otherwise she might just lose her heart to him. 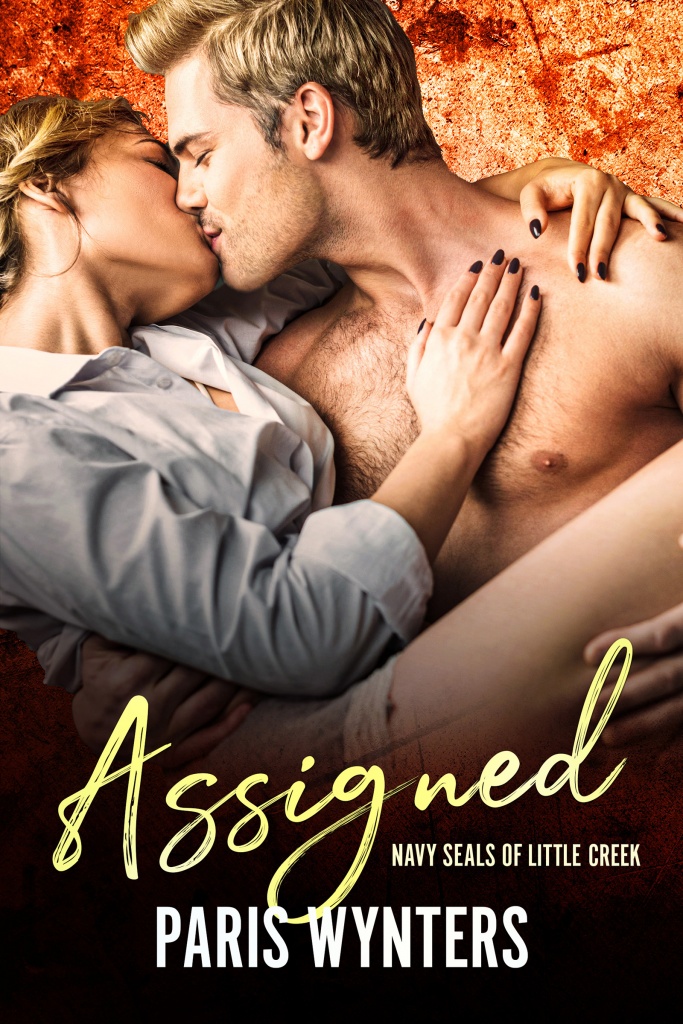 How can she become a new version of herself when she’s married to her past?

After two of his buddies found love through the military’s matchmaking program, Lucas Craiger decides to give it a shot. He’s not necessarily looking for love, just companionship and a kind, reliable stepmom for his young son. When he’s assigned to his high school sweetheart who shattered his heart, his plan for an uncomplicated relationship becomes acutely complicated.

Riley Thompson signed up for the matchmaking program because she needs a fresh start—and the health insurance. She desperately wants to build a life with a man where her autoimmune disease doesn’t define her and she can prove herself. But being matched with Lucas isn’t the new beginning she wanted. He’s the love of her life she let go when she was first diagnosed.

Lucas is determined to make the most of this second chance with Riley, but when his custody battle heats up, his new marriage isn’t the only relationship in jeopardy. 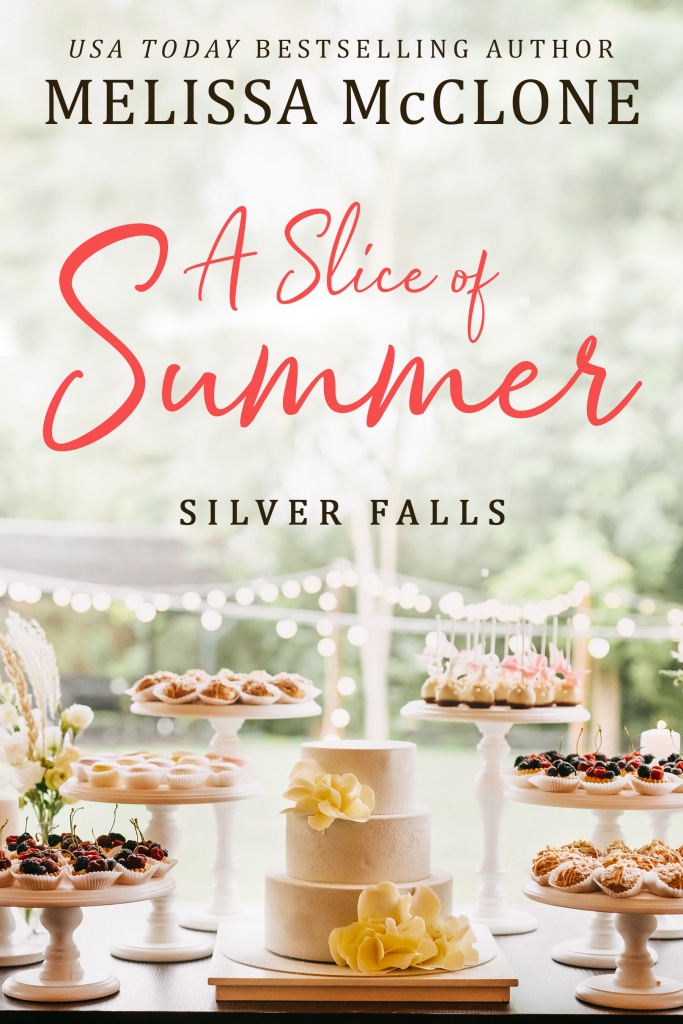 A Slice of Summer by Melissa McClone (American Heart)

First, he ghosted her. Now, he has a proposition…

Taryn Lawson needs more customers in her bakery to prove she’s capable of taking over the family business. The summer fair is the perfect opportunity to jump-start her vision with a specialized booth showcasing her creative desserts. Despite her fierce work ethic, she needs help to build her booth in time. Unfortunately, the only person available is the handsome attorney who played with her heart last Christmas.

Trial attorney Garrett Andrews regrets not contacting the pretty baker he dated during his last holiday vacation. But he had his reasons and is finally ready to make amends. When he returns to town for his sister’s wedding, Garrett gets his second chance when Taryn needs help building her booth.

Working together reignites the spark, but Taryn is aware the clock is ticking. Will they realize what they have is special before it’s too late, or will their second chance at love once again slip through their fingers? 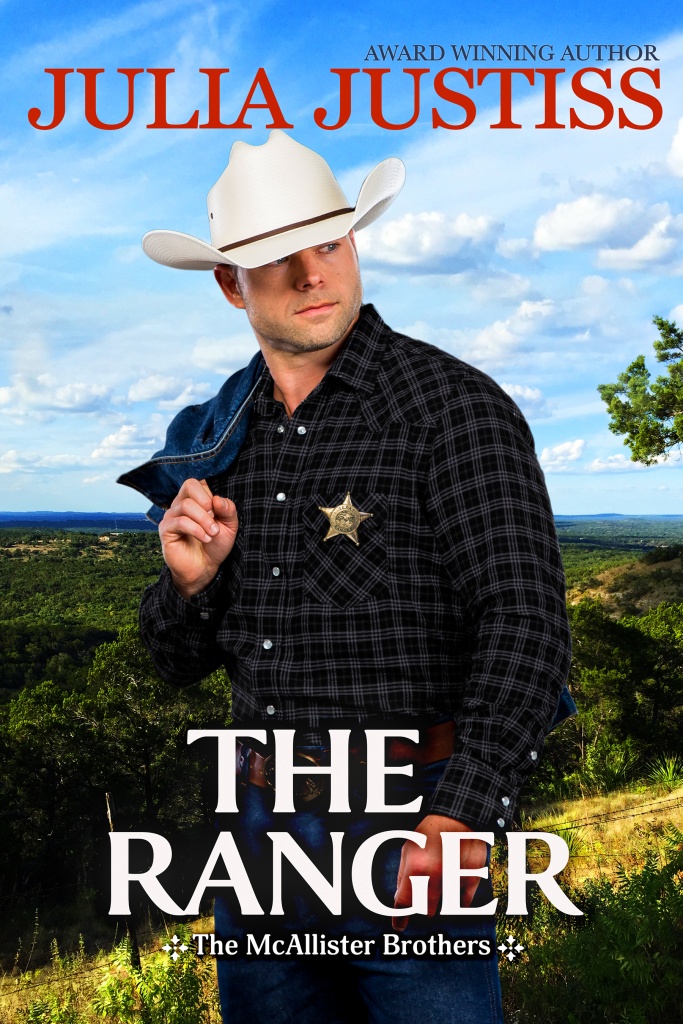 He can’t resist a puzzle…

When Texas Ranger Brice McAllister spies a sexy woman in short shorts gardening in her backyard, he can’t help but flirt. She shuts him down hard, and Brice is astonished when he realizes this alluring woman is also the aloof and dowdy librarian—complete with thick-framed glasses and a shapeless dress—who helped him research land deeds earlier that day. He’s instantly intrigued and sets out to discover more—namely, why she’s clearly hiding herself.

After one side of her crime family is involved in her fiancé’s death, Maria Giordano puts half a continent between herself and her L.A. home and family. She moves to Whiskey River and reinvents herself as “Mary,” a serious and plain librarian. Her only indulgence is her garden and cooking with her neighbor’s young daughter. And then she meets Brice.

Maria has every reason to avoid and resent a man with a badge, but when she needs protection, the last man she thinks she can trust is the first one she turns to. 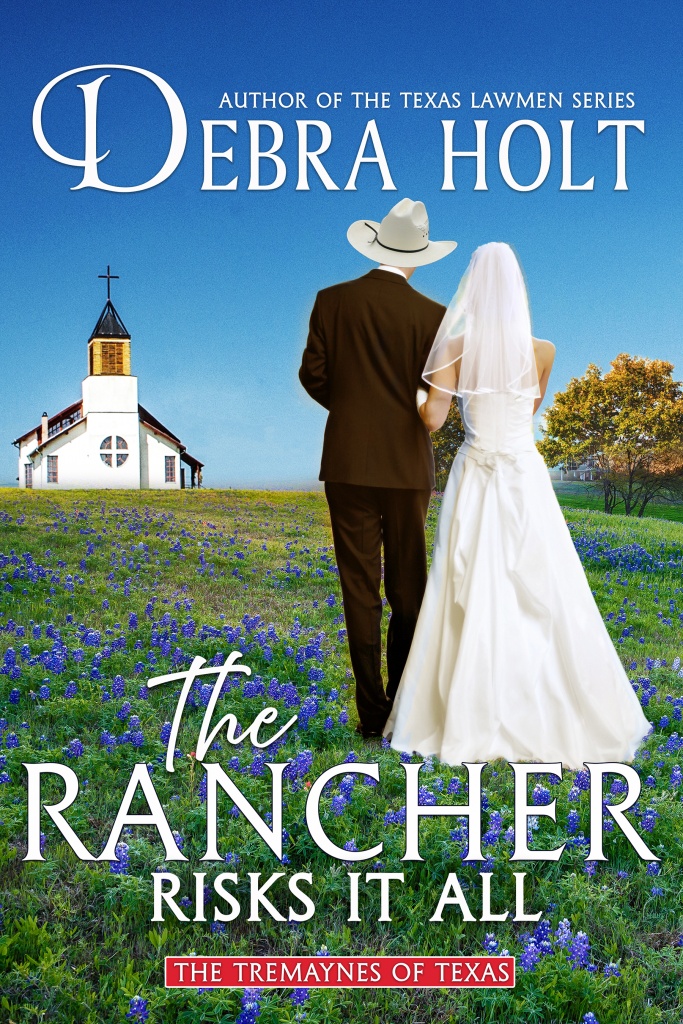 The Rancher Risks It All by Debra Holt (Texas Born)

The Tremaynes of Texas, Book 2

She’s on the run…

On a storm-ravaged night, Texas rancher Truitt Tremayne is trying to make it home before the road floods. Years ago he lost his parents, fiancée and youngest brother in a flash flood on the same country road, so it seems like déjà vu when he nearly hits a stranded car with a beautiful woman and her sister trapped inside.

Annie Sims and her sister Jessie are running from their past. She’s headed to San Antonio where they can disappear, but bad luck follows them. With her funds depleted and her car useless, Truitt’s offer of a temporary sanctuary with no questions asked seems too good to be true. Soon Annie finds herself falling under the spell of the kind, silent rancher. But can she let her guard down and still keep her sister safe, or is she courting more danger?

Truitt knows Annie has a secret. He wants her trust, but can he give his heart to another woman after he’s already lost so much?