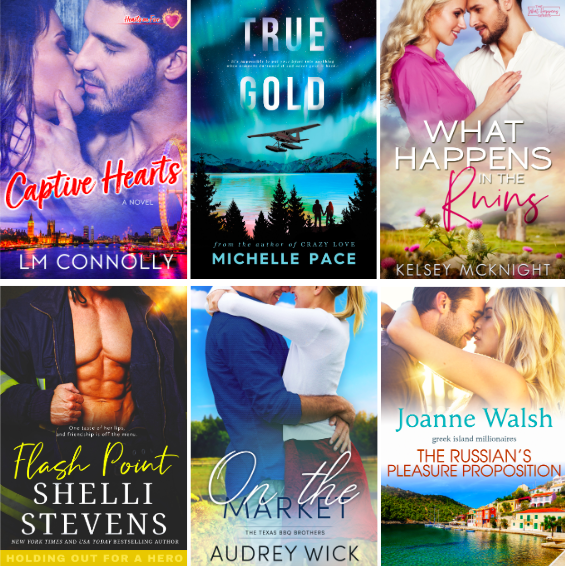 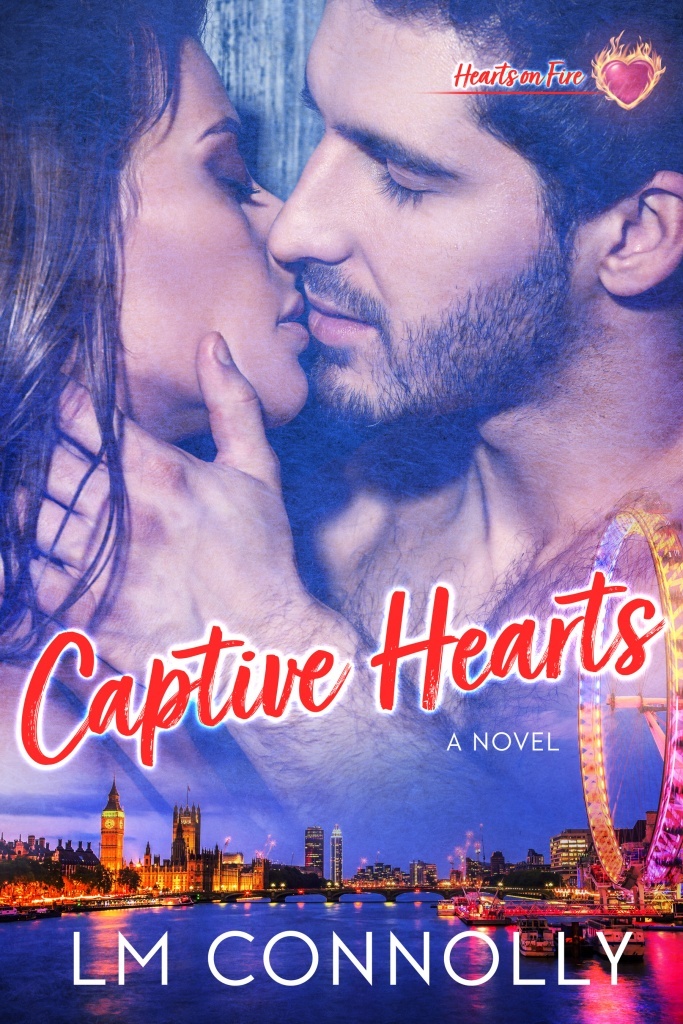 He checked in but left his heart

Scarlett Woodward is struggling to keep the family hotel in London afloat. When the weekend brings only one guest, handsome and enigmatic Evan White, she sends the staff home to save funds. Scarlett sets the kitchen ablaze leaving them both in the dark and cold. The lack electricity doesn’t mean there aren’t any sparks or heat. A night of unexpected passion leads to a baby, but when Scarlett learns who Evan really is and what he was really doing at her hotel, she’s can’t say no to his marriage proposal fast enough, baby or no baby.

Ethan Black was undercover on a research trip to buy Scarlett’s hotel without using his famous name or family business—the international Noir Group. He’s determined to build his own boutique hotel empire far from his manipulative and parasitic family. He broke all his rules and jeopardized his plans when he slept with Scarlett, but no way will he abandon her or their child. He knows he needs to woo the independent beauty and let her see the real him, but it’s difficult when his family is determined to undermine his position on the board of director’s and ruin all he has built with the Noir Group.

Ethan has spent his life making deals. Persuading Scarlett to fall in love with him may be the biggest challenge he has faced. 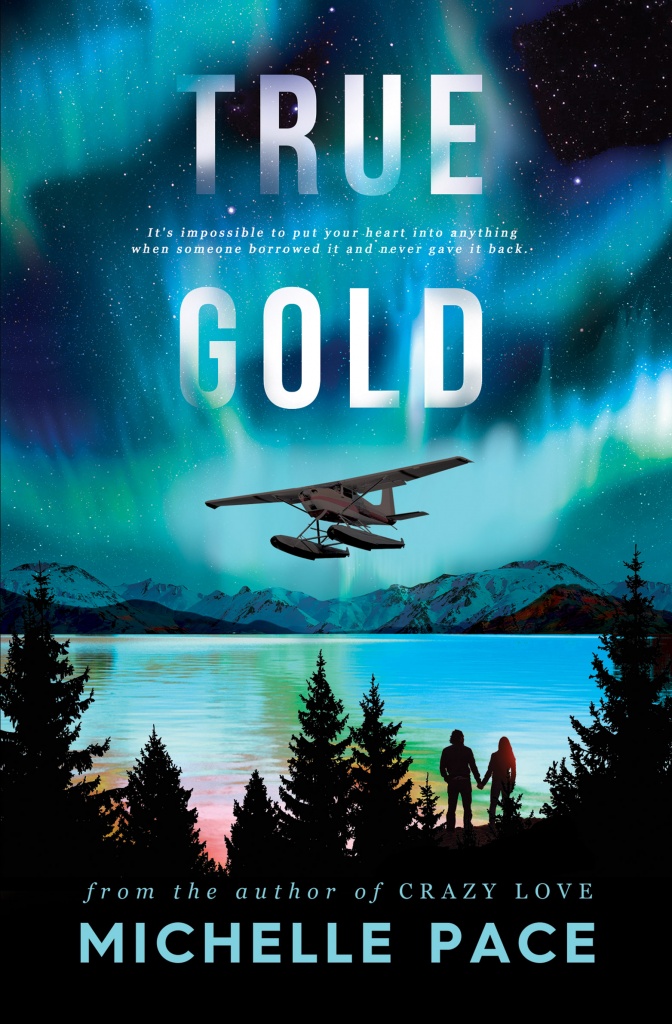 Growing up in True, Alaska, the only truth I knew was that Delilah Campbell was an arrogant pain in my ass. She was also my everything, and still haunts my every waking moment.

I don’t have a single memory that doesn’t include Lie, and I can still taste her, even though Alaska’s no longer big enough for the both of us. After our savage breakup, I fled, chasing my dream and becoming a decorated Green Beret. Ten years later, one bad jump propelled me straight from Special Forces back home, guiding rich idiots into the wilderness, where I struggle to keep them from getting themselves killed. It’s not the life I planned, but at least I’m not behind a desk somewhere.

Then one night, my cell rings, shattering my peaceful existence.

“Connor,” I’d recognize her voice anywhere, and it’s like I’m sixteen again, crazy in love and cocky as hell after finding all those gold bars everyone’s been searching for since before we were even born.

I want to tell her to go to hell and throw my phone in the river, but it seems Delilah’s visceral grip on me is permanent. 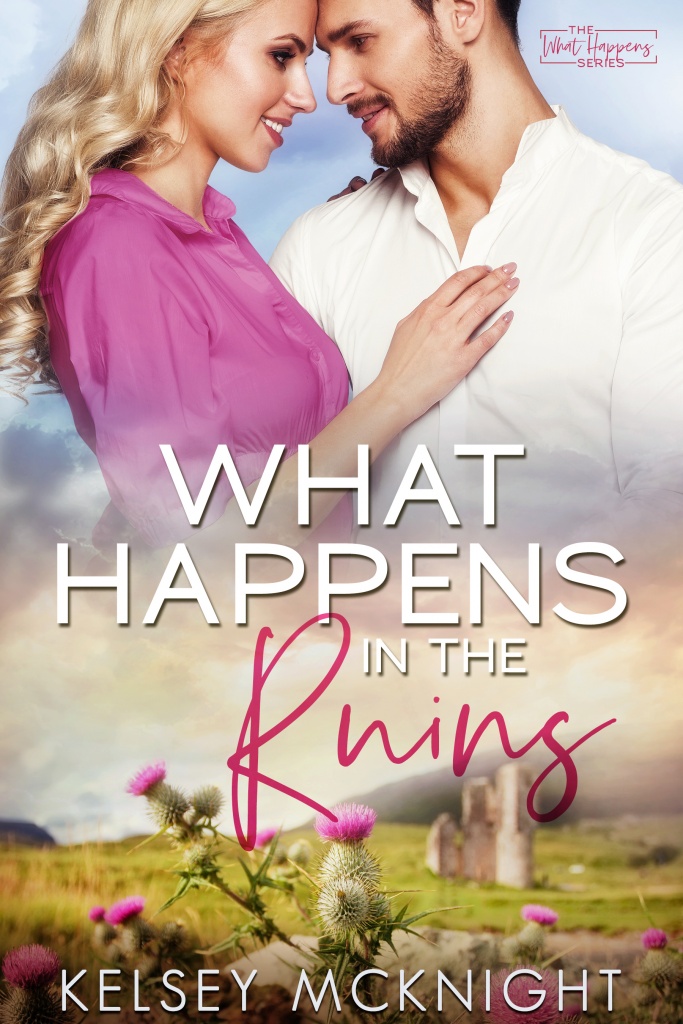 What Happens in the Ruins by Kelsey McKnight (Holiday)

Can she stop her past from ruining her future?

Sorcha Mackinnon isn’t your typical tortured artist. She is also a party girl, a vintage shopper, and the heiress to a whisky fortune. But when inspiration suddenly flies out the window, she’s left with an empty whisky glass and a blank canvas…until a childhood friend waltzes back into her life.

She’s known Danny Gordon since birth, but they lost touch as their careers took them in different directions. He offers to show her the parts of Scotland he swears will spark life back into her brushes. And as they tour the sights on the back of his motorcycle, Sorcha realizes that under the tattoos and smart mouth, Danny may inspire more in her than just a new painting.

But as a good time begins to morph into an ever after, Sorcha is reminded of old wounds that just won’t heal. Danny tries to open her heart, but her self-imposed isolation makes things harder than ever. Now she must decide what to do, because what happens in the ruins doesn’t always stay there. 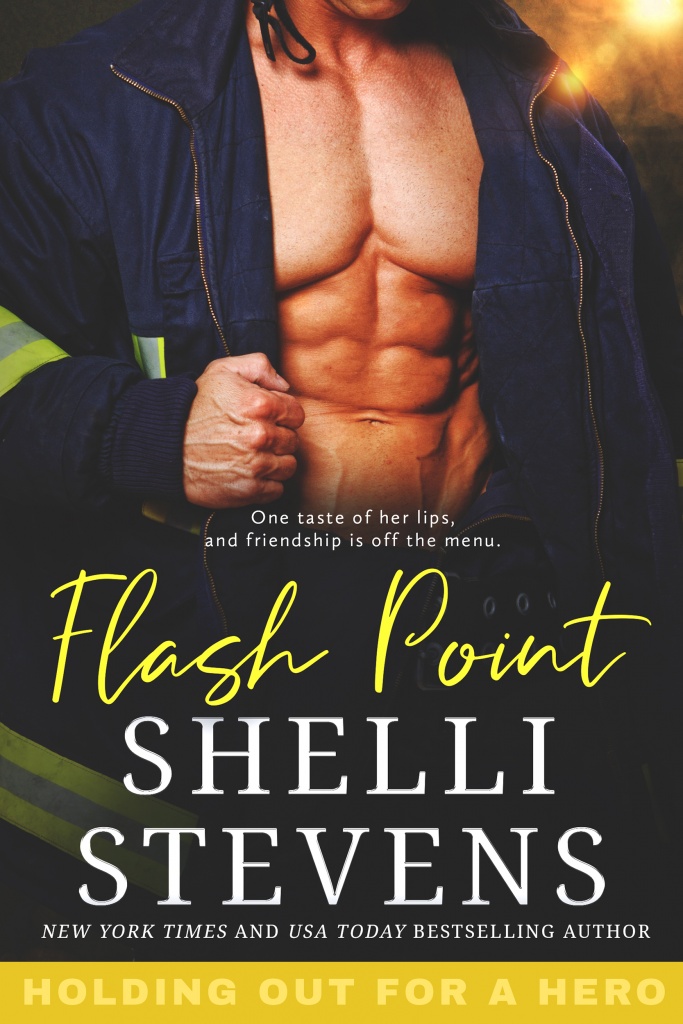 One taste of her lips, and friendship is off the menu

Kate has always been everybody’s friend and the de-facto little sister to the Wyatt brothers. But her feelings for Todd Wyatt, the town’s hottest firefighter, never skirted the sibling zone. Not that he’s ever noticed.

After years of nursing her crush, Kate decides to take action, hoping to hide her one awkward secret—she’s a virgin. Can she seduce Todd and keep her inexperience a secret?

In Todd’s mind, Kate’s always been the sweet girl he teases and hits up for free cupcakes. Until one surprise kiss over the summer jumps her from the platonic side of his brain to the want-her-in-my-bed side. The last thing he wants is to lose her friendship, but his resistance to her determined seduction is slipping. Fast.

When her bakery is vandalized and the attacks escalate, it becomes clear that for all Kate’s friends, she’s made at least one serious enemy. Can Todd and Kate solve the mystery before things turn deadly? 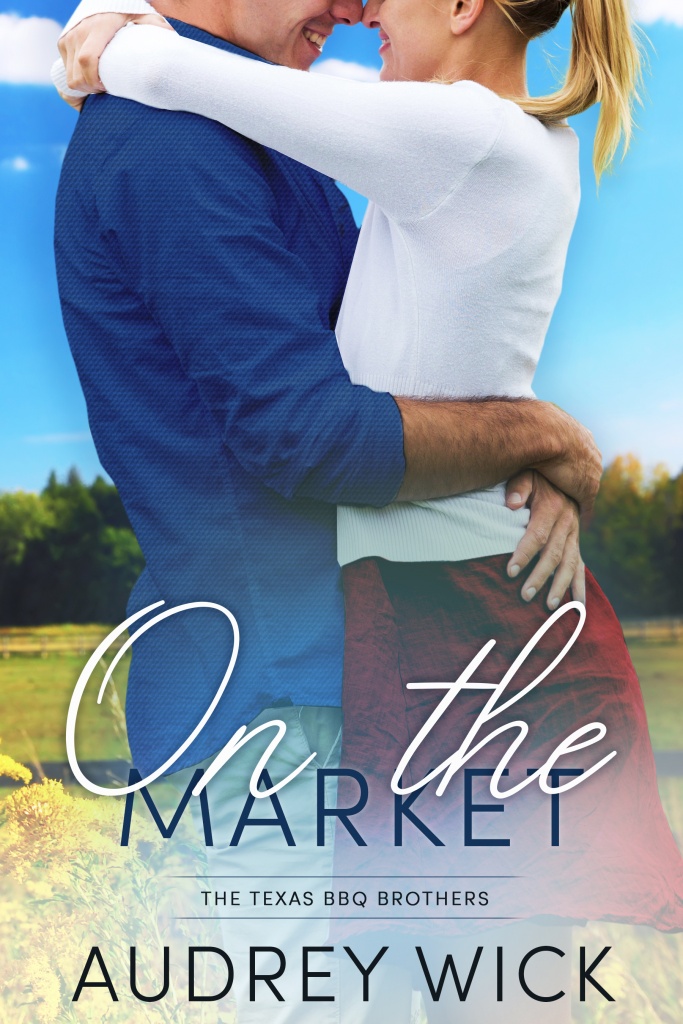 On the Market by Audrey Wick (Texas Born)

Will she be the secret ingredient to his happiness?

Valerie Perry has just inherited her grandmother’s home in Last Stand, Texas, a far cry in the country from her city life as an organic grocery buyer in San Antonio. Her methodical daily routine suits her just fine, so she aims to freshen up the property, sell it, and take her funds back to the city. She’s only got two weeks during her vacation to make this happen. Now is the time to cash in and get out.

The oldest Hutchinson son, who people around town know as “Hutch,” is a third generation local who is poised to take over the family business with his brother, Cole. The barbeque brothers have very different ideas about the future of their restaurant, “The Hut.” Just when he thought his biggest headache was his job, Hutch meets Valerie and both their worlds are upended. He’s drawn to this fish out of water, but Valerie’s time in Last Stand has an expiration date.

Their sweet and saucy styles don’t mix, but can they both find the recipe to a happy future? 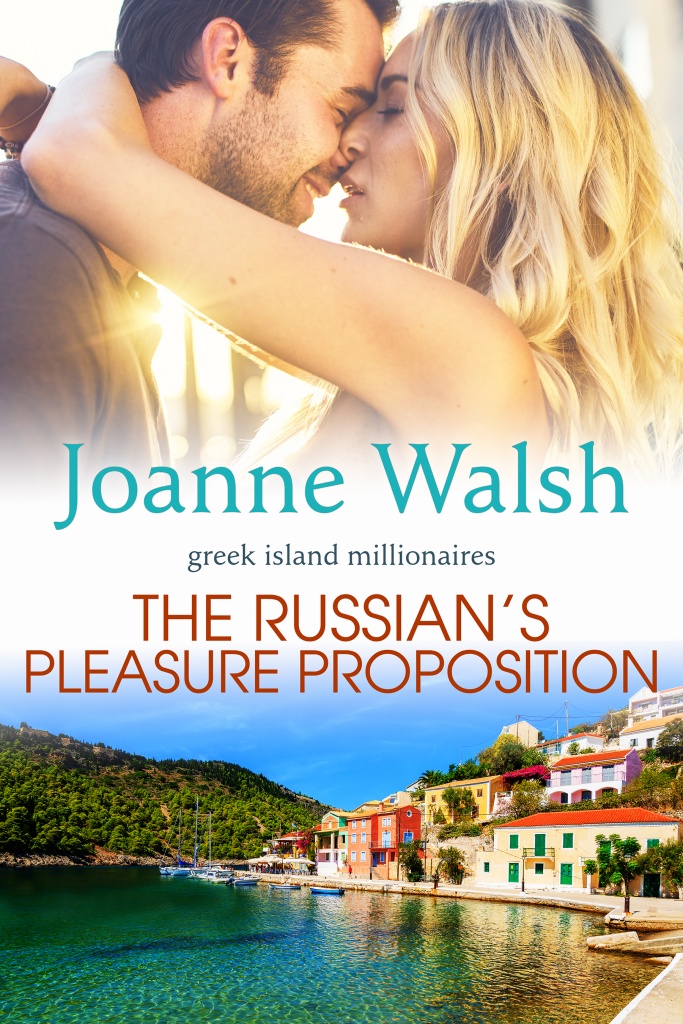 Hannah’s excited to be working for Frankie Kontarinis’s property company in the Greek island resort of Agia Kalamaros. And determined to impress her first client. Even if he’s millionaire music mogul, Sergei Alkaev, who’s well known as the Russian Rake, is a heartless playboy who changes girlfriends as often as his socks.

Tired of dating greedy, fickle women, Sergei’s not looking for another relationship—until Hannah has him thinking again. But her opinion of him is that he’s heartless, so how can he change her mind and persuade her to be his lover? When Hannah lets slip she’s inexperienced, Sergei makes her a proposition: let him teach her about love-making until she’s ready to find a man who will give her the happy-ever-after she deserves… 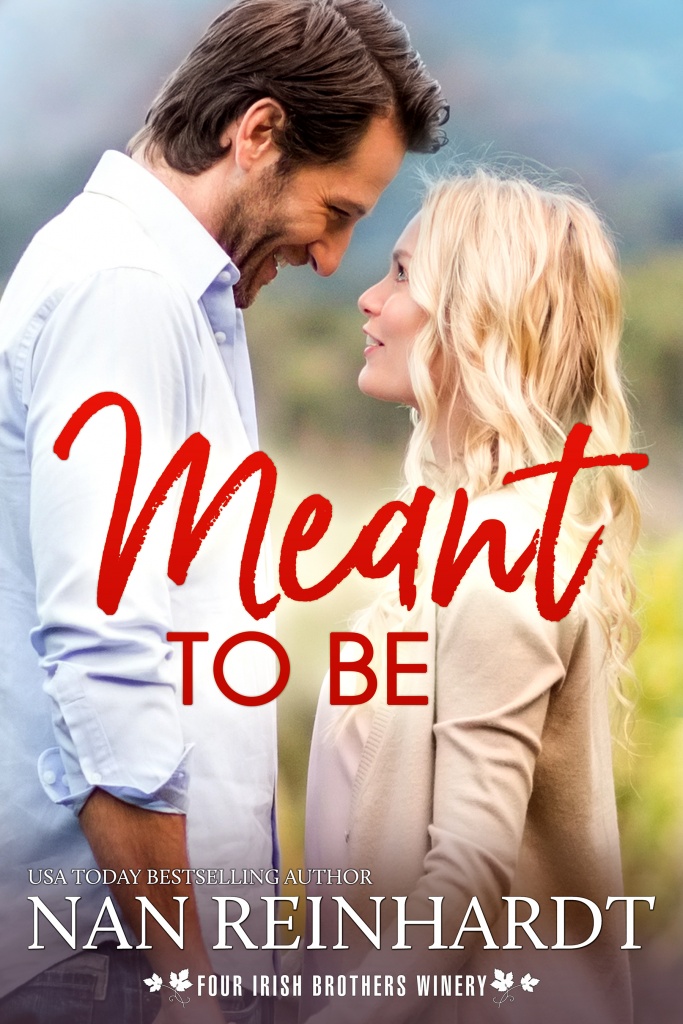 Meant to Be by Nan Reinhardt (American Heart)

Can a near-tragedy help two best friends realize they’re meant to be so much more?

Best friends since grade school, high-powered Chicago attorney, Sean Flaherty, and small-town mayor Megan Mackenzie have always shared a special bond. When Sean is shot by a client’s angry ex, Megan rushes to his side, terrified she’s about to lose her long-time confidant.

Upon his return to River’s Edge to recuperate, Sean discovers that his feelings for his pal have taken an undeniable turn for the romantic. While Megan struggles with an unfamiliar longing for Sean, she worries that he may be mistaking a safe place to land for love.

Can Sean help her realize that they are truly meant to be so much more than friends? 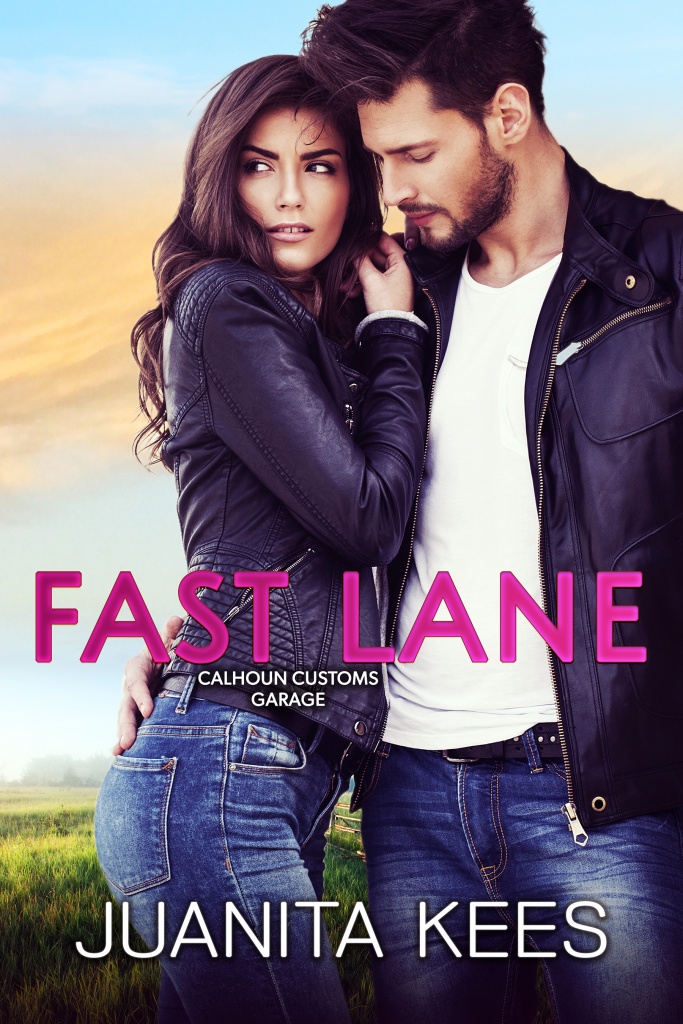 Trinity Calhoun is a name everyone knows on the race circuit, but her days in the hot seat are numbered. She’s tired of the limelight, meaningless relationships and long hours behind the wheel. When her father calls her and her sister home, she’s ready. She slips right back into the family business, finishing off the custom car projects her father has lined up. But racing is in her blood and she’s lured back to risking her life on the hot rod drag strips outside of town. It’s there she meets paramedic and volunteer firefighter, Reece Balmain, who has her re-thinking the road her life is taking.

Reece Balmain arrives in Big Fork a broken man. He’s lived and breathed through horror accidents, haunted by the faces of the people he’s cut from vehicles. He knows one thing–speed kills. He’s hoping not to see too much of it in small town Montana, until he hears about the drag races taking place outside of town. He knows Trinity Calhoun. He’s watched her race, seen her win, held his breath when her car somersaulted into barriers in Daytona Beach. He doesn’t like what she does, but he can’t stay away from the woman who’s claiming his heart. 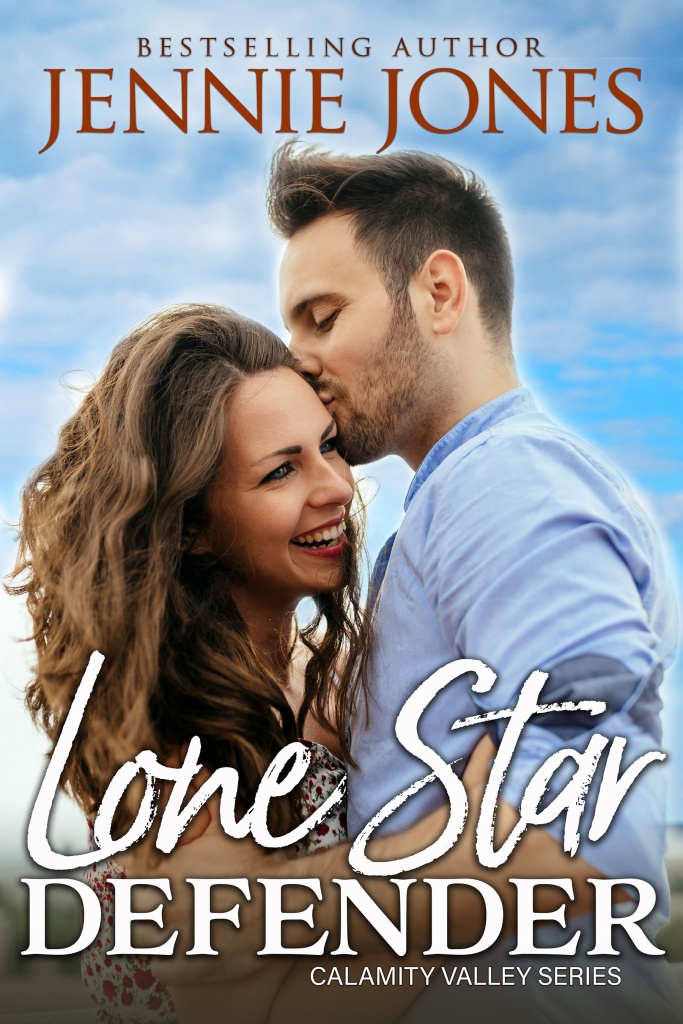 Nine days to build a future…

Pepper Mackillop is no soft touch – but try telling her townspeople that. She’s only been home a week and is facing so many problems she’s numbered them to keep track. Her goal is to help rejuvenate her economically rundown hometown of Reckless in Calamity Valley, Texas, but between the town’s unrealistic expectations and the underhanded developers snooping around, she’s challenged every which way. Then Jack Shepperd comes home.

Prodigal son Jack is forced to return home to his family ranch when his uncle decides to retire. He has nine days to close down the ranch and pay a debt to Pepper’s grandmother. A debt that will keep him all but glued to Pepper’s side. Pep is the most captivating, spirited, headstrong woman he’s ever met. Years ago, she broke his heart. What are the chances of a clean getaway this time around? 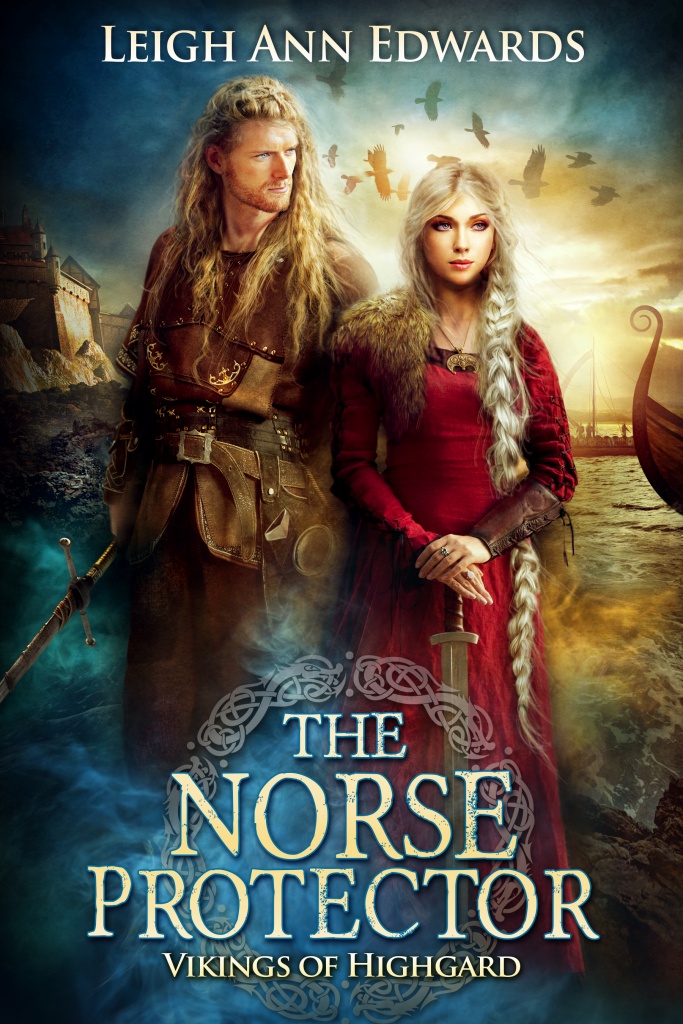 She learns the ways of the fiercely loyal, but undeniably dangerous Vikings

Torunn the Strong and her sisters, the descendants of the Goddess Solveig of Highgard are the only survivors of the dreaded Red Death. Tall, blonde, beautiful, brave and skilled in weaponry, Torunn will do whatever is necessary to save them from the scourge that killed their people. Forced to leave her sisters and her world behind, she is transported to the land of the Vikings where she is to discover the fate of the lost Highgardian boys sent there twenty years earlier.

Near death, she is saved by Brandr, a fearless, tall, muscular, ruggedly handsome man once a Viking warrior. Torunn and Brandr are forced to battle the brutal mountainous climate, wild beasts, and dangerous enemies. Neither want to admit they are falling deeply in love, for Torunn hasn’t ever met a man before and Brandr’s past is filled with tragedy and betrayal.

Is it possible for them to find happiness together?